Another Stalking Case, Now In Mumbai: 'He Didn't Have Fear In His Eyes'

Aditi Nagpaul says she was chased from a medical store, when her children and her sister were in the car with her, around 2 am. 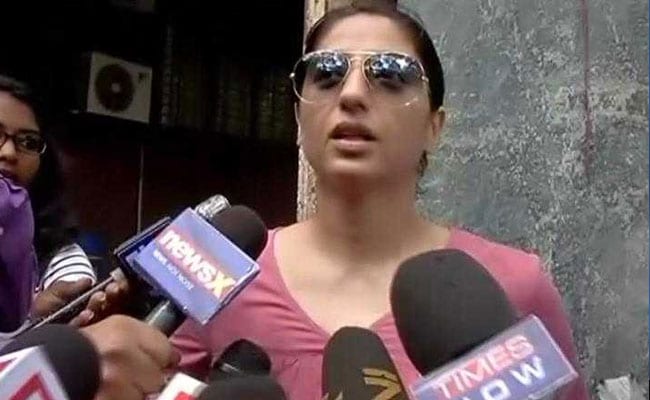 Aditi Nagpaul claims she was chased on her way home with her two children.

Mumbai: Amid investigations into the Chandigarh stalking, a techie has been arrested in Mumbai for allegedly chasing a woman on her way home with her two children, and then ringing her doorbell at 2 am on Sunday night, claiming he wanted water.

Aditi Nagpaul has called the incident shocking and nerve-wracking in a Facebook post in which she has shared photos she had taken of her stalker, warning people of his "psychotic streak".

Nitin Sharma, the arrested man, is a software engineer from Malad.

"He dint have any fear in his eyes, a fear of being captured by security cameras, interrogation by security guards or threats of Police! He just hung around coolly in his car long after the incident very comfortable in getting his pictures clicked!" wrote the 34-year-old, who is a wedding planner and fashion designer.

"In the last 10 years, I have always felt safe in Bombay, and in the same breath have always cursed Delhi! But last night showed me a different side to my 'not so safe anymore' city!"

Ms Nagpaul says she was chased from a medical store, when her children and her sister were in the car with her, around 2 am. "I went up and around 15-20 minutes after I had put my kids to sleep, this man was standing outside and said to me that he is thirsty...I scolded him and shut the door," she said.

When she called security, they told her the man had claimed to be with them.

Ms Nagpaul says she found the man outside the gates of her residential complex when she went with the watchman. "I asked him why he came to my house and he replied that I was thirsty and said nothing else. I photographed him from the watchman's phone and also his car but he did not move away," she said.

"Hats off to Mumbai police which guaranteed me that they will arrest him within 24 hours. They caught him."

The incident coincides with a high profile case in Chandigarh over a BJP leader's son being accused of chasing, terrorizing and trying to kidnap Varnika Kundu, a bureaucrat's daughter.
Comments
Aditi NagpaulMumbai stalking case