Afroz Shah says municipal authorities have been extremely slow in disposing the garbage collected by his volunteers from the Mumbai's Versova Beach. 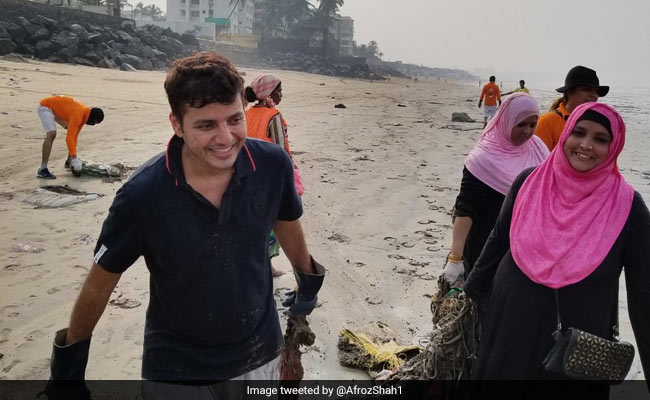 Afroz Shah launched an initiative to clean up Mumbai's Versova Beach in 2015.

New Delhi: Afroz Shah, a lawyer and environmentalist who led a large people's movement to collect garbage from Mumbai's famous Versova Beach,  told NDTV, "I have to state blankly that I have failed miserably."

In 2015, Mr Shah launched an initiative to clean up Mumbai's largest beach. He was able to galvanize 12,000 volunteers, who he recruited through social media and a door-to-door campaign, explaining the importance of the mission to fishing villages and others.

But on the weekend, he said he was shutting down the initiative. He tweeted, "Week 109 cleanup. Volunteers abused by goons for picking up garbage. Administrative lethargy, non clearance of picked up garbage and abuses is what we are acing. World's largest beach clean up is suspended. Tried my best and failed. Forgive me and my ocean and my country."

Appearing on "The Buck Stops Here", he said, "Do you think it was easy for me to put out that tweet after 109 weeks when we have given our blood and our sweat? We are hard core lovers of our country, we are desh-bhakts to the core."

Aditya Thackeray, leader of the Shiv Sena, said today that he has met with Mr Shah. "Requested him to not give up on the beach cleaning by citizens. 2 issues: law & order- will speak to Police. Also will have Shiv Sena- Yuva Sena members present to ensure those cleaning are safe," he tweeted. 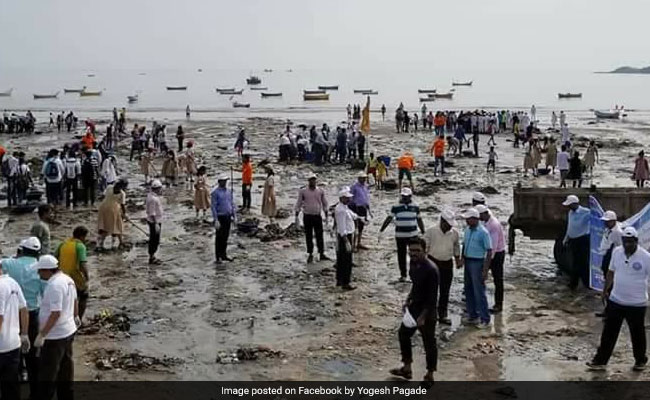 Over 12,000 volunteers were part of the initiative to clean up Mumbai's Versova Beach. (File)

Mr Shah says municipal authorities have been extremely slow in disposing the garbage collected by his volunteers from the beach. Since October 2015, 4,000 tonnes of trash have been collected from the 2.5 kilometre beach. His movement has attracted hundreds of volunteers from Bollywood stars to politicians and has been praised by Prime Minister Narendra Modi.

According to the United Nations which declared him a 2016 Champion of the Earth, volunteers have responded to Mr Shah's calls for a "date with the ocean", which "in reality means labouring shin-deep in rotting garbage under the scorching Indian sun."
Comments
Afroz ShahVersova BeachAditya Thackeray