Admission By Mumbai Police: The 16 Mistakes In Our Salman Khan Probe 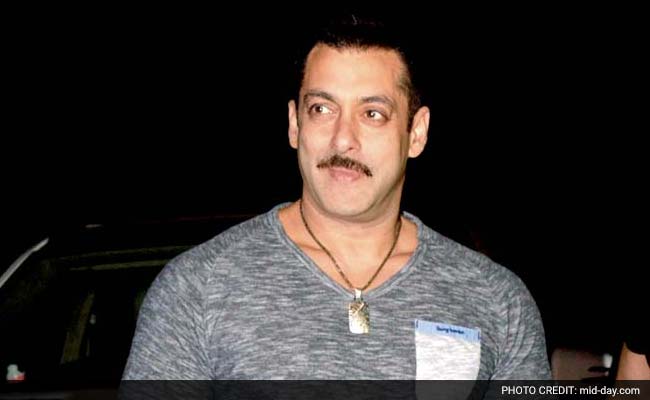 The police came under tremendous criticism for leaving several key discrepancies in the investigation of Salman Khan's hit-and-run case, which went against the prosecution.

Mumbai: The Mumbai police top brass has issued a circular to all police stations highlighting the lapses and discrepancies in the 2002 hit-and-run case in which the Bombay High Court recently acquitted actor Salman Khan.

The circular, issued by the additional commissioner of police (crime) KMM Prasanna, mentions 16 among the several procedural lapses of the police's case the high court highlighted in its judgment.

The state had recently told the high court it would challenge the acquittal in the apex court. While the Bandra police are in the process of drafting the state's appeal, Prasanna has asked all police officers to learn from investigating officer's mistakes and ensure that such goof-ups do not occur again.

Officers from various police stations told mid-day that the unprecedented pointing out of lapses in a particular case has come as a surprise to many. Maharashtra has been plagued by one of the lowest conviction rates among all states in the country.

Sources said the goof-ups in the case were not isolated and that they were noticed in most hit-and-run cases. Taking Salman's case as the benchmark for shoddy investigation, officers have been asked to ensure they present watertight argument when cases come up for trial.

"Whatever anomalies the court pointed out, we have just passed on to our staff," said Prasanna. "That does not mean we accept them (points). We are only pointing it out to our men so that such things don't happen in the future."

The actor's acquittal in the high court came after a lower court had sentenced him to five years. The police came under tremendous criticism for leaving several key discrepancies in the investigation, which went against the prosecution.

Following are the 16 points mentioned in the circular:

1. Bills were collected from Rain Bar in Santacruz, where the prosecution had alleged that Salman Khan drank liquor, without due certification under Section 65 (B) of the Evidence Act.

2. Bills of JW Marriott Hotel and parking tag were seized by the police but were not shown in the panchanama, creating doubts about the evidence regarding where the actor went after leaving Rain Bar.

3. There are handwritten endorsements on the computer extracts in the bills of Rain Bar, but no evidence was collected as to who took the said endorsements, and how.

4. The actor was available from the morning of September 28, 2002, for medical test at the Bandra police station, but he was only taken to JJ Hospital in the afternoon for blood sample collection.

5. While the blood sample of the deceased, Narula, was taken at Bhabha Hospital, why was the actor's blood sample collected at JJ Hospital? No explanation was given.

6. Though the blood samples had come on September 28, 2002, to the Bandra police station from JJ Hospital, they were sent to the Forensic Laboratory in Kalina only on September 30, 2002. Till then, they were kept in the police station where, the court had said, they might have been either tampered with or not stored properly.

7. A chain of custody of blood samples was not properly established and because of the missing link, biological evidence was not trustworthy.

8. Statement of the constable who brought blood samples of accused from hospital to police station was not recorded and he was not examined.

9. Important anomaly - 6 ml of blood extracted from actors body in two containers, but FDL received only 4 ml of blood.

10. Receiving clerk of FSL not examined.

11. The investigating officer did not verify the medical papers while collecting them. Blood collection reports shows many discrepancies and defects, which were admitted.

12. No charge under Section 66 (i) (b) of the Bombay Prohibition Act was framed.

13. In two places, the FIR was altered, but no explanation was given.

14. Under Section 161, statements were not recorded of witness. Nobody says Salman was driving the vehicle.

15. The defence had said that the tyre had burst, which was the reason of the crash but the tyre was not sent to the forensic laboratory to deny their claims.

16. Actor Kamal Khan was not summoned to the trial when his address was available with cops though he could have been a great witness for the police.

In One Of Biggest Seizures, Rs 1,700-Crore Heroin Found At Mumbai Port