The Trump Tower Mumbai has been constructed under the Lodha Group's Lodha Luxury Collection and will be the first in the country to offer a private jet service at the disposal of its residents. 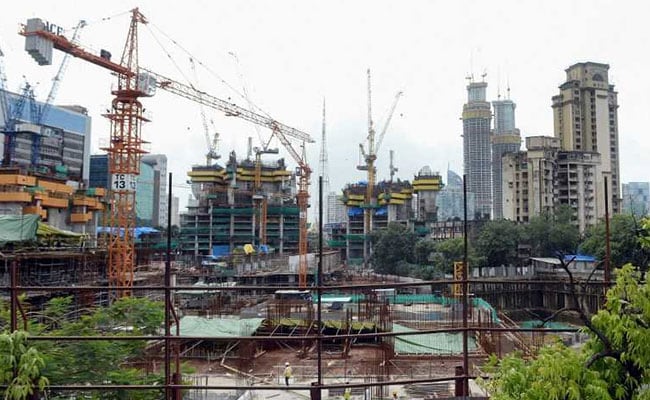 Mumbai: US President Donald Trump's son Donald Trump Jr. on Thursday cut a ribbon to mark the completion of construction of the city's first and only 78-storey ultra-luxury Trump Tower Mumbai, which will perhaps be the first in India to offer the facility of a 'private jet' service to its residents.

Built by Mumbai's Lodha Group, the Trump Tower Mumbai rises a majestic 800 feet above the city, adjacent to the Arabian Sea in the posh Worli area.

Trump Jr. also unveiled the newly fashioned show residence of the tower, designed by renowned interior designer Hirsch Bedner Associated (HBA), and got a glimpse of Mumbai from the 78th floor of the building.

The Trump Tower Mumbai has been constructed under the Lodha Group's Lodha Luxury Collection, marking an amalgamation of the exclusive lifestyles of the two partners, and will be the first in the country to offer a private jet service at the disposal of its residents.

However, details of the private jet service were not immediately available.

"We are proud to announce that Trump Tower Mumbai has reached its highest level of construction.

"Mumbai has emerged as one of the most preferable destinations for luxury real estate and we are honoured to have a place within the city," said Trump Jr., who is Executive Vice President, Trump Organisation, as he recalled his association with the project from inception.

Located on a seven-acre property, The Park, the gold-hued Trump Tower Mumbai has 400 flats starting from Rs 9 crore for a 3-BHK and Rs 12 crore for a 4-BHK flat. Its construction started in 2014 and it will be ready for occupation in around a year or so.

Lodha Group Managing Director Abhishek Lodha said that the completion of the Trump Tower Mumbai "is a significant milestone for the luxury housing market and the overall real estate sector".

"It is perhaps one of the very few international standard luxury developments which is coming alive and nearing completion," Mr Lodha said at the unveiling attended by select customers and other invitees.

Apart from the private jet service, the Trump Tower Mumbai will offer other facilities like white-glove service, a spa, a private pool, a lounge, gymnasium, central air conditioning, penthouses on the upper floors, Trump Card privilege programme, a seven-tier security system and other world-class amenities, designed by WOHA.

Promoted
Listen to the latest songs, only on JioSaavn.com
The 37-year-old Lodha Group is ranked the largest in India by sales, having clocked over Rs 8,200 crore last year from 7,200 units across various projects.

Besides Trump Tower Mumbai, it is developing LODHA Altamount, The World Towers, One Grosvenor Square, Palava and others in various Indian cities and London.

11 Dead, Including 8 Children, As Building Collapses On Another In Mumbai