The pedestrian bridge connects the railway station to the Azad Maidan police station and the Times of India building in south Mumbai. Thousands of commuters used to cross into the railway terminus through the foot overbridge every day. 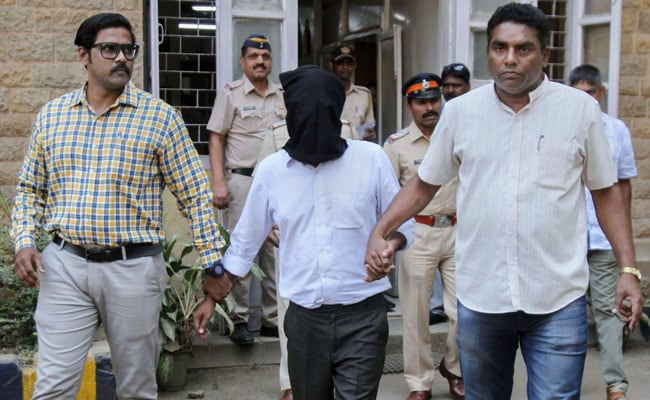 Another Brihanmumbai Municipal Corporation (BMC) official has been arrested by the Mumbai Police less than a month after the collapse of a foot-over-bridge near Mumbai's Chhatrapati Shivaji Maharaj Terminus (CSMT) railway station, taking the number of arrests so far to three. Six people were killed in the incident on March 15.

Anil Patel worked with the bridges department between September 2014 and December 2018. He will be produced before the court on Wednesday. He has been charged under Section 304A (causing death by negligence) of the Indian Penal Code.

On Monday, an assistant engineer was arrested. A court in Mumbai has sent the engineer, SF Kakulte, also working with the bridges department, to police custody till April 5.

Deputy Commissioner of Police Abhishek Trimukhe told reporters that, "In the foot-over-bridge collapse case the Azad Maidan Police Station has arrested two BMC officials". He said the investigation revealed that both of them were aware of their responsibilities and negligence on their part led to the collapse of the bridge. Further investigations were on.

Last month, the police arrested the structural auditor Neerajkumar Desai. His firm, DD Desai's Associated Engineering Consultant and Analysts Pvt Ltd had declared the bridge safe for use despite some corrosion in the structure, police said.

Meanwhile, the foot-over-bridge at platform number 1 at CSMT station is now closed for passengers till April 26 for renovation and repairs of the landing area of the staircase.

The pedestrian bridge connects the railway station to the Azad Maidan police station and the Times of India building in south Mumbai. Thousands of commuters used to cross into the railway terminus through the foot overbridge every day. It is also referred to as "Kasab Bridge", given that terrorist Ajmal Kasab was photographed on it on the day of the 2008 Mumbai attacks.

After a portion of the bridge collapsed, it was demolished by authorities.