Amit Kumar, who was shot at by Dhama, was rushed to a hospital but died during treatment, the police official added. 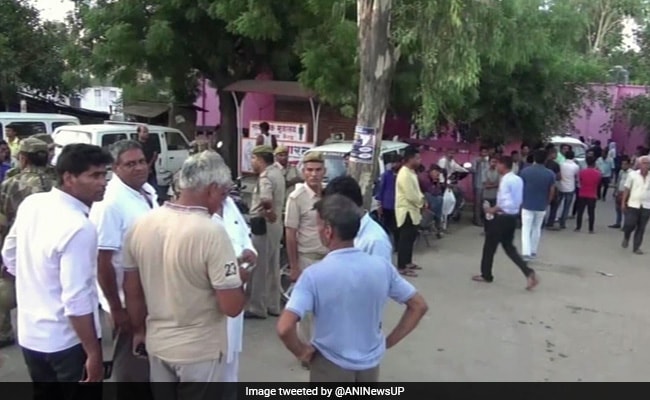 The firing took place a kilometre away from the polling booth. (ANI)

A BJP candidate, Vijay Dhama, allegedly shot dead his own supporter during the Panchayat by-elections in Meerut on Saturday.

Speaking to ANI, Senior Superintendent of Police (SSP) Ajay Kumar Sahni said the firing took place a kilometre away from the polling booth.

Amit Kumar, who was shot at by Dhama, was rushed to a hospital but died during treatment, the police official added.

"The firing didn't take place during the polls but after the voting. A candidate Vijay Dhama along with a pistol was one kilometre away from the polling station with three-four of supporters. During firing, one of his supporters named Amit who was shot at. The supporter died during treatment in hospital," he said.

Tension erupted in the area soon after Amit Kumar's death, and several groups started pelting stones on vehicles. Additional forces were deployed to bring the situation under control.

"The situation in the area is under control so far. No tension prevailing in the area as of now," Sahni said.

A Samajwadi Party (SP) candidate, Vipin Bhadana, claimed that Vijay Dhama was trying to capture the polling booth by threatening people with a pistol when his own supporter was shot.

"I am a candidate from Samajwadi Party ward no. 34. Since the announcement of elections in the area, BJP candidate Vijay Dhama had created ruckus in the area. He used to threaten people by carrying a pistol. He wanted to win the polls forcefully. He was a person with criminal mind. The incident happened when he was trying to capture the booths where the polls were underway," the SP candidate said.

SSP Sahni assured that a probe will be initiated in the matter.

"We will initiate the probe once a complaint is filed by the relatives of the deceased. Along with Dhama, two of his supporters present at the spot were arrested by police. A car was also seized by police," he said.