Eight-year-old raped in Barabanki, rushed to Lucknow for treatment 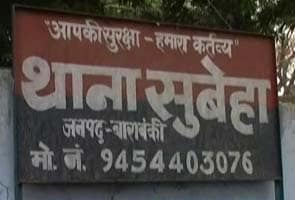 Barabanki, Uttar Pradesh: An eight-year-old girl was raped by her neighbor on Thursday in Barabanki in Uttar Pradesh, which is just 28 kilometres from the state capital Lucknow.

The incident happened when the girl was alone at home. Her parents, who work as labourers, had gone to the fields.

According to the complaint registered with the police, the girl started bleeding profusely while she was being raped by the 24-year-old accused.

She was rushed to Lucknow for treatment.

Promoted
Listen to the latest songs, only on JioSaavn.com
The police are still on the hunt for the accused.