Nikhil Chakraborty, 38, met with an accident near his workplace in Howrah on Thursday. He fell off his bike and a part of his ring finger got cut. 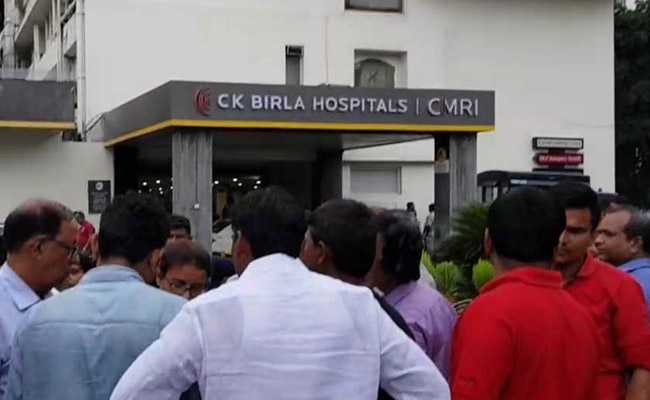 "The patient has been provided with appropriate clinical care," the hospital said.

The staff at a hospital in Kolkata are being accused of negligence after the portion of a man's finger, cut off in an accident, went missing as he was being taken for a surgery to fix it today.

Nikhil Chakraborty, 38, met with an accident near his workplace in Howrah on Thursday. He fell off his bike and a part of his ring finger got cut. He was rushed to a local hospital and then shifted to CMRI hospital in Kolkata.

The man's wife told NDTV that she has filed a police complaint against the hospital for negligence and demanded action against those responsible. She claimed that hospital staff was busy watching the India-New Zealand cricket match and lost the part of his finger, that his coworker had deposited at the emergency counter.

Nikhil Chakraborty's colleague, who brought him to the hospital said, "He was being taken to the operation theatre when someone asked about the missing part of his finger. I asked his wife and she didn't know either. Then the hospital staff began looking everywhere, even in garbage."

He added that the surgery was scheduled for 9 AM but the staff could not find the missing part till noon.

In a statement, the hospital said that man's condition is now stable. "A male patient was admitted to CMRI with a hand injury. The tip of the left ring finger was cut off.  The patient has been provided with necessary and appropriate clinical care. The organisation is looking into the matter," the statement read.