Kolkata Model Death: Actor Vikram Gets Bail, Says He Was Not Drunk Or Speeding 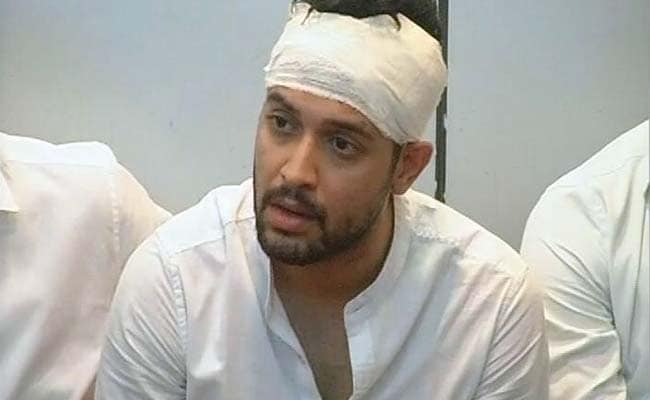 Kolkata: The Bengali film star who was driving the car that crashed and killed model-anchor Sonika Chauhan got bail on Friday, a day after he was discharged from hospital. In a press meet almost immediately after, Vikram Chatterjee said two things on the crash: he was not intoxicated and he was not speeding.

Arriving at a private club Kolkata at 5 pm with a bandage round his head, Mr Chatterjee, in his opening remarks, said, "I really wish she was here today, even if was the cost of me not living on this planet."

Close to tears, the actor said, "I know nothing will compensate the loss to Sharon aunty and Vijay uncle. I don't how I will face them, how I can reduce their sorrow. But I will meet them."

Asked if he was taking moral responsibility for Sonika Chauhan's death, Mr Chatterjee said, "At the end of the day, I am responsible. I was in the driver's seat."

Was there a car coming from the opposite side, did someone suddenly come in front of the car? To all such questions, Mr Chatterjee said the matter was sub judice and he would not comment. Two of his lawyers were by his side through the press conference.

27-year-old Sonika Chauhan and Vikram Chatterjee were driving down Rash Behari Avenue around 3:30 am on April 29 when the Toyota car he was driving spun, flipped, hit a lamp post base and tail-ended into a jewellery shop. A rickshaw puller and an Ola cab driver dragged them out of the car and rushed them to Ruby Hospital. Sonika Chauhan died, reportedly of severe head injuries and excessive bleeding less than hour later.

One report that Mr Chatterjee strongly denied was that he had admitted Sonika Chauhan to hospital, got first aid, left the hospital and came back later and admitted himself there.

"I entered the hospital on the morning of the 29th and did not step out till yesterday," he said. "I was given first aid and discharged but I stayed on waiting for news of Sonika. After she passed away, my family arrived and admitted me to hospital."

And why did he not inform Sonika Chauhan's family about the incident? Mrs Sharon Chauhan was told about the "accident" by police only around 9 am, almost five hours after the car crash.

Promoted
Listen to the latest songs, only on JioSaavn.com
Mr Chatterjee said, "I didn't have a phone, neither mine, nor Sonika's. They were left behind in the car. And I could remember only two numbers, my father's and a close friend's. I called them."