In The Making, A Gold-Plated Idol Of Goddess Durga Worth Rs 20 Crore 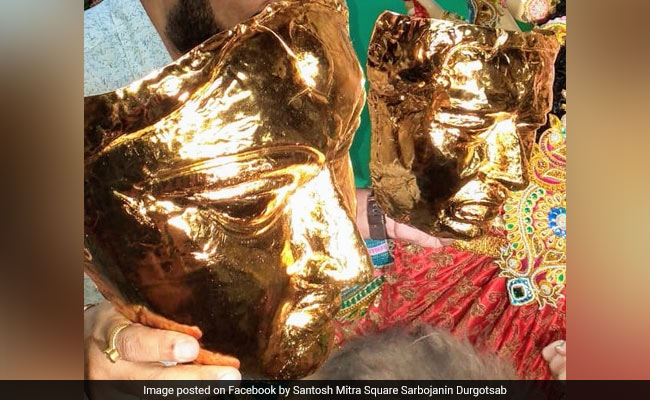 50 kg gold sheets will be used to adorn this goddess Durga idol.

At a time when the economy is witnessing a slowdown, two puja committees in central Kolkata are spending lavishly on Durga Puja decorations.

Though gold prices have shot up to just a shade below Rs 40,000 per 10 gram, organisers of the Santosh Mitra Square Durga puja in Kolkata are using 50 kg gold sheets to adorn goddess Durga and her lion and Mahishasura. The gold sheet is estimated to be worth Rs 20 crore.

The puja committee's lead artisan said the idol will be the most expensive this year.

The organisers of the puja had draped goddess Durga in a gold saree in 2017, designed by fashion designer Agnimitra Paul.

Various puja committees in the last few years have been using precious metals and stones to adorn the goddess.

Precious metals and stones used to adorn the idols of goddess Durga are considered to be auspicious and are in demand for weddings.

The gold has been provided by jewelers, and they would get it back after the idol's symbolic immersion.