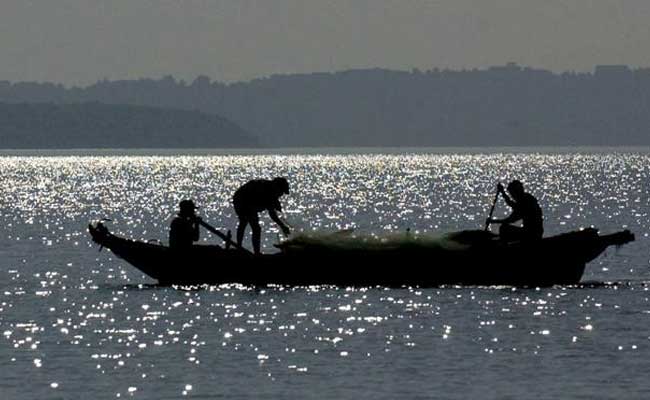 Kolkata: Eight fishermen from Sunderbans in West Bengal, who went missing following the August 8 cyclonic storm and heavy rains in deep sea, have been found dead while three of them were rescued in a joint operation by the Indian Coast Guard and its Bangladesh counterpart.

The survivors and the bodies were found near Kendo island of the Sunderbans yesterday, Sunderban development minister Manturam Pakhiram, who is camping in the area, said.

Efforts were on to bring them to Kakdwip today, he said.

The fishermen had ventured to the seas in four trawlers to catch Hilsa on August one and after inclement weather struck them on August 7-8, 31 fishermen went missing, West Bengal Fishermen Association chairman Joykrishna Halder and secretary Bijon Maiti said.

Five fishermen were found dead and three rescued on Sunday.

Two of the survivors were rescued in Bangladesh waters, the minister said.

Indian Coast Guard and its Bangladeshi counterpart navy were scouring the seas to trace the 12 fishermen, who are still missing.

Two Indian fishing boats had drifted to the Bangladesh side, an earlier report had said.

Chief Minister Mamata Banerjee had on Sunday announced Rs 2 lakh ex gratia to the kin of each of the dead fishermen.

The government, she said, would pay for the treatment of the rescued fishermen.