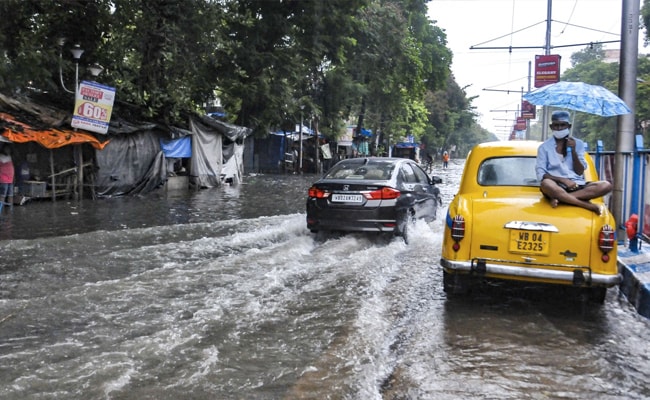 Several low-lying areas and thoroughfares in Kolkaya lay inundated today as heavy rain continued to lash parts of Bengal, with the weather department predicting more downpour over the next three days under the influence of a vigorous southwest monsoon and a cyclonic circulation.

According to the Met department, Kolkata recorded 144 mm rainfall in 24 hours till 8:30 am.

With the state government easing COVID-19 curbs and offices partially opening up in the metropolis and elsewhere, people had a difficult time wading through knee-deep water to reach their destinations.

Traffic came to a halt in some areas as vehicles moved slowly through the flooded thoroughfares.

Moderate to heavy showers were also recorded in some places of north Bengal.

The weatherman further explained that moderate rain with spells of heavy showers are expected in almost all districts of Bengal in the next three days as the southwest monsoon has turned vigorous over Gangetic West Bengal and a cyclonic circulation has formed on the region.

It forecast an overcast sky with spells of rain or thundershowers in Kolkata till Saturday.