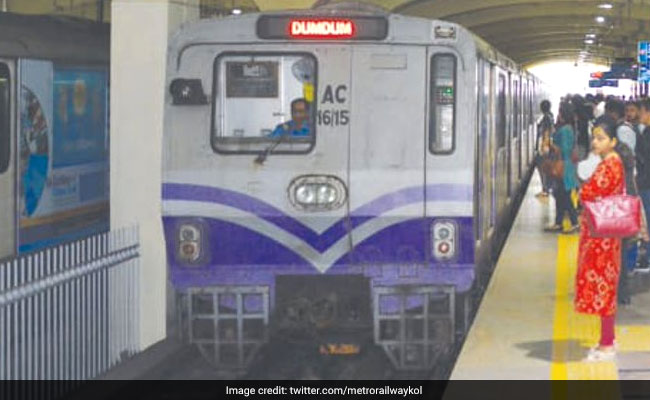 The man jumped before a moving train at 5.29 pm and died on spot. (Representational)

Metro services in Kolkata were disrupted for an hour on Tuesday after a middle-aged man allegedly committed suicide at Rabindra Sadan station during the peak office hours, an official said.

According to Metro spokesperson Indrani Banerjee, the man jumped before a moving train at 5.29 pm and died on spot.

She also said that Metro authorities maintained truncated services during the disruption between Central and Noapara stations in the north and Tollygunge and Kavi Subhash stations in the south.

"We have restored normal services at 6.31 pm. The victim, a middle-aged man, is yet to be identified," she said.

Passengers had a harrowing time trying to reach their destination. Many of them were seen struggling to board crowded buses or hire cabs.