Kolkata's Air Quality Drops To 'Very Poor' In Most Parts, 'Severe' In Some

The automated air monitoring station at Rabindra Bharati University (RBU) on BT Road in north Kolkata recorded the air quality index (AQI) of 408 PM 2.5 at 3 pm, which is categorised as ''severe''. 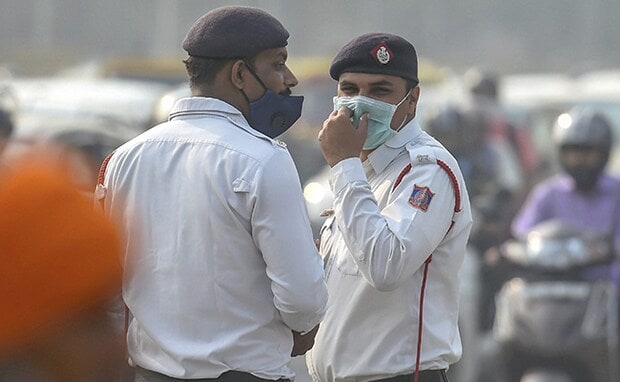 Kolkata's air quality deteriorated to 'very poor' in some parts, while it turned 'severe' in some others

The air quality in most parts of Kolkata deteriorated to ''very poor'', while it turned ''severe'' in the northern parts of the city today, a West Bengal Pollution Control Board (PCB) official said.

The automated air monitoring station at Rabindra Bharati University (RBU) on BT Road in north Kolkata recorded the air quality index (AQI) of 408 PM2.5 at 3 pm, which is categorised as ''severe''.

"The AQI recorded at RBU during the day is the worst this year. It was caused mostly due to cold  conditions with particulate matters hanging in the air and a large number of vehicles hitting the roads," he said.

AQI between 401 and 500 is designated as ''severe'' and affects healthy people and seriously impacts those with existing diseases, causing respiratory difficulties, environmentalist SM Ghosh said.

"It is caused due to a large number of diesel-run commercial vehicles, use of coal-fired chulha (clay stove) by roadside eateries and garbage burning at dumping yards," he said.

"Due to garbage burning and a higher number of vehicles on the roads, such situations may arise during the onset of winter," he said.

"The PCB is taking steps like banning coal-fired chulha and old commercial vehicles in the city. The board is also using water sprinkler vehicles to prevent the accumulation of dust in the air," the official added.

Drug Peddler Arrested In Kolkata With Heroin Worth Over Rs 20 Crore: Cops