The distressed boats main engine had failed and it was stuck at sea amidst rough weather conditions due to impending Cyclonic Storm Tauktae. 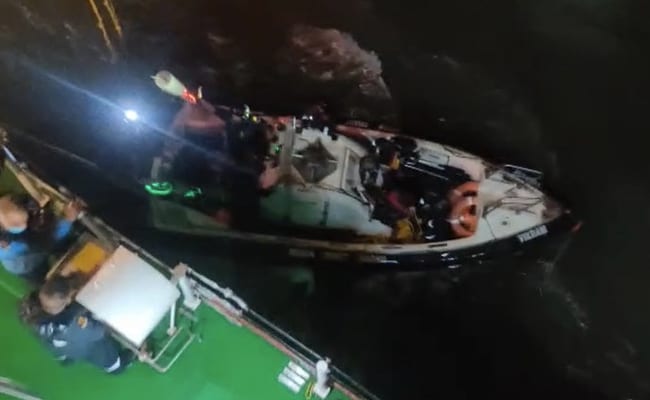 All fishermen are safe onboard and are being taken ashore to safety.

Indian Coast Guard (ICG) Ship Vikram saved the lives of three fishermen as it rescued them from a small fishing boat off Kerala's Kannur, in a daring operation on Friday night.

The distressed boat's main engine had failed and it was stuck at sea amidst rough weather conditions due to impending Cyclonic Storm Tauktae.

The operation took place in pitch darkness and at a time when the wind was blowing at a speed of nearly 40 km/hour. The only light available was with the ICG ship and its crew who kept on flashing their torch light towards the distressed boat.

A smaller ICG rescue boat was lowered in the sea to rescue the three fishermen, stuck in the middle of a storm.

“Indian Coast Guard Ship Vikram has rescued three fishermen from a small fishing boat off Kannur at 22:30, in sea state 4–5, wind speed 40 km in total darkness,” the Defence PRO said in a statement.

“Local fishing boats and MEW boats were not able to go out for rescue. The ship is heading to Kochi for handing over,” the Defence PRO further said.

All fishermen are safe and being taken ashore to safety.