An Asianet journalist has been reporting on alleged illegal appropriation of land by a minister in the Left-led coalition government, its editor said. Kerala Chief Minister Pinarayi Vijayan has ordered a probe 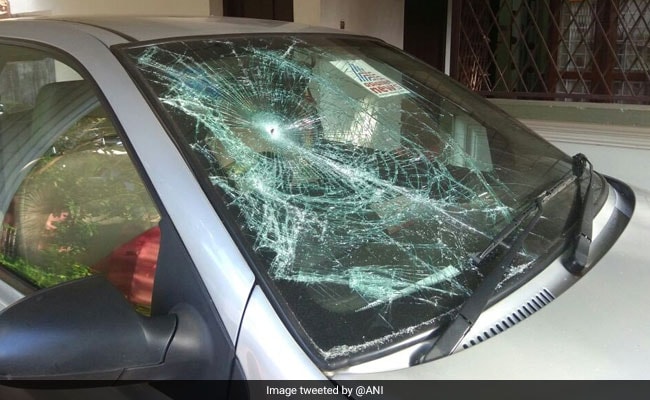 Thiruvanthapuram: The office of a Kerala news channel, Asianet, was attacked early this morning; an editor who has been reporting on the allegedly illegal activities of a minister was sleeping at the office when it was vandalised and is unhurt.

The windows of a car used by the staff at Asianet were smashed at the channel's office in Alapuzza, 145 kilometres from the capital of Thiruvanthapuram.

The journalist who was inside the office at the time of the attack has been reporting on the illegal appropriation of land by a minister in the Left-led coalition government.

"We don't know who did this. But TV Prasad from Alappuzha has been continuously doing stories against influential people. And based upon circumstantial evidence we feel he has been targeted for doing those stories," Asianet Editor MG Radhakrishnan told NDTV.

Kerala Chief Minister Pinarayi Vijayan has ordered an investigation into the attack.

Yesterday, a reporter covering political unrest in Tripura was beaten to death during violent clashes. Shantanu Bhowmick was attacked with sticks as he reported on violence between warring political factions and police at Mandwai, 28 km from Tripura's capital Agartala.

No arrests have yet been made in connection with the reporter's death.

Just two weeks ago, Gauri Lankesh, a journalist in Bengaluru, was shot dead as she entered her home at night. She wrote often in criticism of right-wing ideology. No one has yet been identified or arrested in connection with the killing.

Mr Bhowmick's death in Tripura brings the number of reporters killed in India since the early 1990s to 29, according to figures from the Committee to Protect Journalists.

Promoted
Listen to the latest songs, only on JioSaavn.com
In 2015, India was ranked the deadliest country in Asia for journalists by Reporters Without Borders -- although most deaths occur in remote rural areas away from the major urban centres.