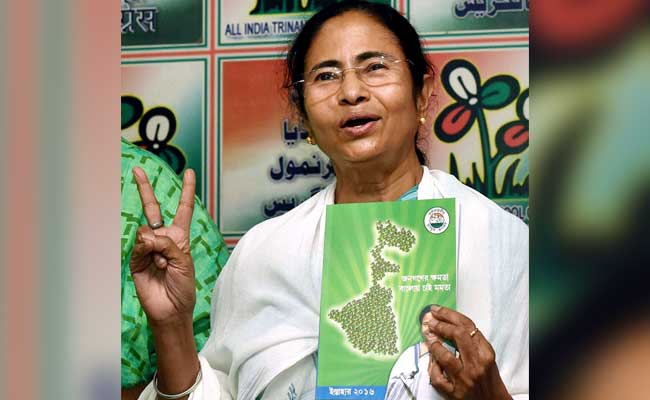 Kochi: Trinamool Congress today announced its candidates for 70 Assembly constituencies in Kerala, a day after party chief and West Bengal Chief Minister Mamata Banerjee said she would visit the southern state to expose the "unholy" alliance between Congress and CPI(M) in her state.

Releasing the list at a press conference in Kochi, TMC's Kerala state president Manoj Sankaranellur said the party would field its candidates in all 140 Assembly constituencies in the state and that the second list would be released soon with the approval of the party chief.

Ms Banerjee would attend three election rallies of the party in Thiruvananthapuram, Kochi and Kozhikode in April, he said.

Claiming that party has two lakh members in Kerala, Mr Sankaranellur said the party is also eyeing on the support of over 15 lakh Bengalis currently working in the state.

He claimed the Trinamool Congress votes can influence the election results in more than 40 Assembly seats.

He, however, said the party would not be able to win a seat in the state. "We will emerge as a strong force after five years," he said.

State President of the party's trade union wing (INTTUC), Subhash Kundannoor, claimed that many Congress leaders in Kerala, who are upset with the alliance in West Bengal, would soon join Trinamool Congress to fight such an "unholy nexus".

Congress leaders, including former Chengannur MLA Sobhana George would join TMC to 'expose' CPI(M) and Congress "which are trying to fool the people" of Kerala, he said.

Ms Banerjee had said in Kolkata on Friday that she would visit Kerala to tell the people of the state how the two parties were trying to fool them.

"We want to tell people of Kerala how Congress and CPI(M) are trying to fool them. If they are having an alliance, then they should have it everywhere in the country," she had said.

She charged Congress with having "sold their flag and themselves" to the CPI(M).

"Now they have forgotten their ideology - be it Gandhian or the ideology of Subhas Chandra Bose. Now the only ideology which is working is self-interest," she had said while releasing the TMC manifesto for the Assembly election.

"In politics, transparency is a big thing. They don't have any transparency. They have formed an unholy alliance," Ms Banerjee had said.
Comments
Trinamool CongressKeralaMamata BanerjeeCongressCPI(M)Assembly electionsThiruvananthapuramKochiKozhikode