Police said as per preliminary investigation, it was a Youth Congress district leader Nikhil Paily who reached the college with a gang from outside and stabbed Dheeraj and others and escaped from the campus. 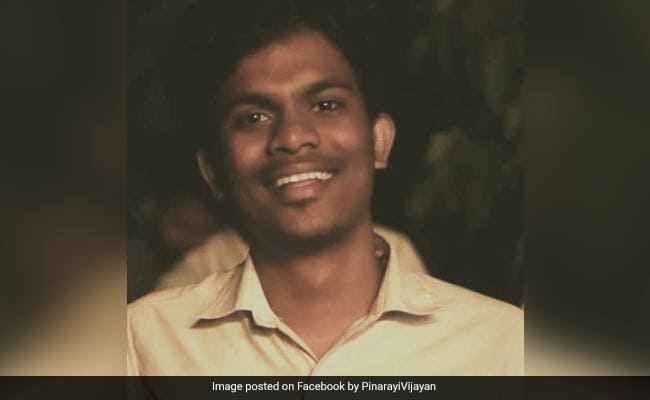 Dheeraj Rajendan (21), a Kannur resident, and two others were attacked, police said

A Students Federation of India (SFI) activist was stabbed to death at the Idukki Engineering College on Monday, allegedly by Youth Congress activists, police said.

Dheeraj Rajendan (21), a Kannur resident, and two others were attacked at around 1 PM, they said.

"College election works have been going on in the college for the last few days. There were minor issues between both the student organisations. He was shifted to a medical college but could not be saved," police told PTI.

Abjijith and Amal are the two other students who were injured in the attack. Police said the condition of one person is serious.

Police said as per preliminary investigation, it was a Youth Congress district leader Nikhil Paily who reached the college with a gang from outside and stabbed Dheeraj and others and escaped from the campus.

"The murder of Dheeraj Rajendran, a student of Idukki Painavu Government Engineering College and an SFI activist, is extremely sad and highly condemnable. Attempts to create violence in college campuses will not be allowed under any circumstances. Police have been directed to bring Dheeraj's killers to justice as soon as possible," Mr Vijayan said.

"A student was killed. Another is in serious condition in the hospital. The government will take all necessary steps to bring to justice those who were part of this brutal murder. We will ensure that such violent acts are not repeated on the campuses. Ideology should be fought with ideology and not with weapons," Ms Bindu said.

CPI(M) state secretary Kodiyeri Balakrishnan told reporters that the murder was pre-planned and this was the 21st Left worker killed in the state in the last six years.

"We condemn the murder of Dheeraj. When the Congress was sure that they would lose in the college election, the youth congress workers from outside attacked the SFI students. This is their plan to make campuses in the state a breeding ground for violence...21 CPI(M) workers have been killed in the state in the last six years by BJP, Congress and the SDPI. They should end the politics of violence," Mr Balakrishnan said.

He alleged the Congress was trying to destroy the law and order situation in the state.

Meanwhile, state Congress chief K Sudhakaran said his party will not support any sort of violence.

"Let the people of Kerala decide who is more violent. Can anyone provide any details about any campus in the state where KSU (Students wing of Congress) has called for an attack. We all know who is behind all the attacks. It's the SFI which terrorises campuses. They don't have any right to blame us. They need to introspect the reason behind the murder," Mr Sudhakaran told the media.

Hundreds of students and senior Left leaders, including MLAs, have gathered at the Idukki Medical college where the body of the student activist has been kept.