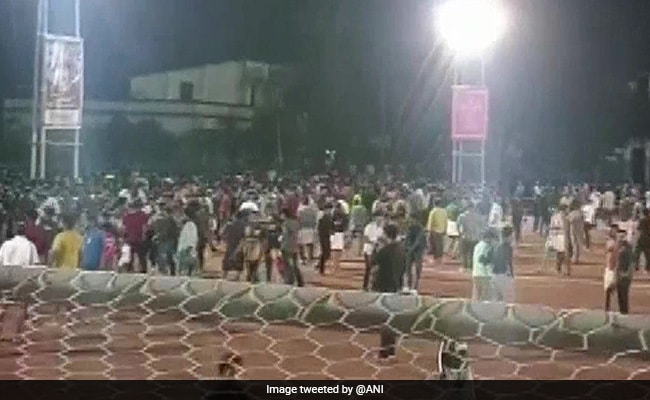 The injured people were admitted to the district hospital in Nilambur and private hospitals nearby.

Several people sustained injuries after a gallery (stand) collapsed during a football match at Pookottumpadam in Kerala's Malappuram district on Monday night.

A part of the gallery (stand) collapsed in the middle of the match that was being held between two regional teams.

The injured people were admitted to the district hospital in Nilambur as well as private hospitals nearby.

The incident happened at around 9:30 pm on Monday night. Organising regional football tournaments is very common in Kerala's Malappuram.

More details into the matter are awaited.

A similar case was reported recently in Malappuram where over two hundred people were injured after a temporary audience gallery suddenly collapsed before the start of a football match in March this year.

A temporary audience stand collapsed during a football match leaving two hundred injured with five seriously injured, the police had said. The video of the incident that happened in March this year was tweeted by news agency ANI at the time.

The incident happened at Poongod stadium Malappuram when the match was about to start. As per the visuals, the organizers and several others rushed to the spot after the incident. People were also seen running on the ground in panic.