Protester Dies After Clashes Over Sabarimala, Shutdown In Kerala Today

Violent protests broke out across Kerala following the entry of the two women below 50 into Sabarimala temple.

Protesters blocked highways in many parts of Kerala after two women entered the Sabarimala temple. (AFP)

A dawn-to-dusk shutdown in Kerala, called by an umbrella organisation of various right-wing groups to protest the entry of two women into the Sabarimala temple on Wednesday, saw violence and stone-throwing in various parts of the state. Chief Minister Pinarayi Vijayan said that holding the shutdown over women's entry into the shrine was like a shutdown or hartal against the Supreme Court's verdict.

Violent protests broke out across Kerala on Wednesday following the entry of the two women below 50 into the hill shrine. A man who was injured during clashes on Wednesday died late last night.

Today's shutdown, called by Sabarimala Karma Samithi, is supported by the BJP. The Congress-led UDF is observing a "black day". 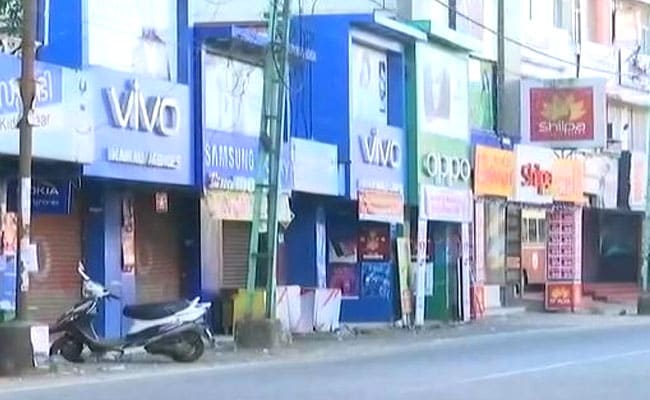 The BJP is supporting the shutdown while the Congress-led UDF is observing a "black day".

Chandran Unnithan, 55, was injured in clashes between workers of the ruling CPI(M) and the BJP in Pandalam. He was a member of Sabarimala Karma Samithi. He was injured on the head in stone-throwing allegedly from the CPI(M) office and died in hospital. Two people have been detained for the violence.

"The person who died was part of a BJP demonstration yesterday and got injured when some stones were thrown (at the demonstrators)," Kerala police spokesperson Pramod Kumar told news agency AFP.  "At least 15 others were injured in incidents across the state," Mr Kumar added.

"Chandran Unnithan was injured and was taken to Believers Church Medical College Hospital. He later died due to heart attack," Chief Minister Pinarayi Vijayan said, while addressing a press conference.

Kerala's top police officer Loknath Behara has warned of strict action against those indulging in violence during the shutdown. Various universities have postponed their exams scheduled for today.

The protesters burnt tyres and placed granite blocks on roads to check vehicle transport in Kozhikode, Palakkad and Kollam. State-run buses kept away from roads in many districts today.

Stones were thrown at the offices of the CPI(M) in Ernakulam and Malappuram districts, news agency PTI quoted police as saying.

Bindu and Kanaka Durga, both in their early 40s, entered the hilltop shrine around 3.45 am on Wednesday, becoming the first to do so since the Supreme Court ordered the end of a decades-old ban on women of menstrual age entering the shrine. In a video accessed by NDTV, the women are seen hurrying into the shrine, dressed in all-black and escorted by the police. A group of protesters also appears to be at the spot. 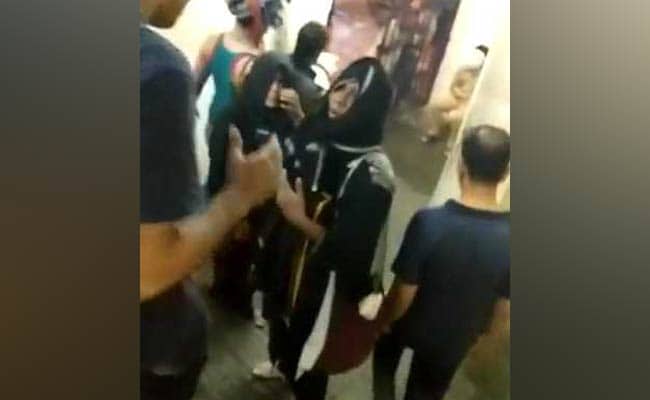 As news of the women's entry travelled, the shrine was controversially shut down for an hour and a half for "purification" Kerala minister EP Jayarajan called it contempt of court, saying: "untouchability is against the law."

The Supreme Court, meanwhile, refused an urgent hearing of a petition against the Sabarimala temple authorities for closing down the shrine on Wednesday.

Announcing the 12-hour shutdown on behalf of the Sabarimala Karma Samiti Samiti, its leader KP Sasikala said the government has "betrayed" devotees. The organisation, which is spearheading protests against the Supreme Court's September verdict allowing women of all age groups to offer prayers at the hill shrine, asked people to cooperate with them in their protest.