Sabarimala Management To Not Permit Chartered Accountants' Meet At Temple 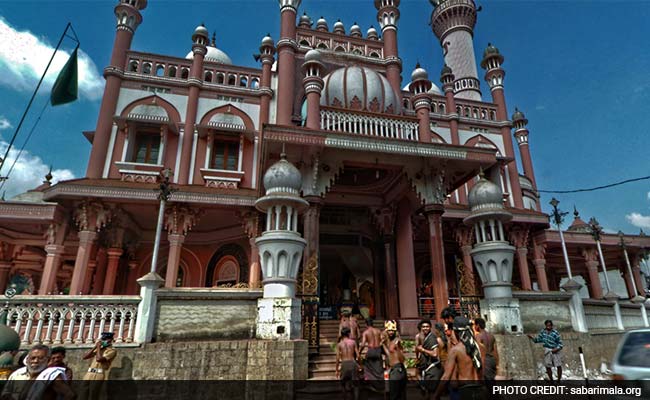 The Sabarimala temple is dedicated to Lord Ayyappa and is one of the most famous temples in Kerala. (File Photo)

Thiruvananthapuram: The Sabarimala temple management in Kerala has disallowed a three-day 'residential meeting' of chartered accountants after the organisers made "all arrangements" and posted the invitation on their website.

"It has been decided that it would be inappropriate to hold a meeting since the temple is open on those days and the devotees would be present in good numbers," Ajay Tharayil, a member of Travancore Devasom Board (TDB), which manages the temple, told IANS.

"We have, however, said that the meeting can be held at the foothills of the temple at Pamba. A similar meeting took place there last month," said Mr Tharayil.

The residential meeting was organised by the Kollam branch of the Southern India Regional Council (SIRC) of the Institute of Chartered Accountants of India (ICAI) and was to take place from July 18 to 20 with the participants scheduled to have a "darshan" of Lord Ayyappa each day.

The meeting was to have discussions on subjects like 'Accounting standards, an SME approach' and 'Search and seizure under Income Tax Act' by about 100 chartered accountants who were expected to take part.

S Renjith, Chairman of the Kollam chapter of the SIRC, said he was surprised to read about the development in Sunday's newspaper.

"All arrangements were done and now with a change we will not be able to hold the event where it was originally planned. Now we will have to sit down and decide what needs to be done," said Mr Renjith.

Situated in the mountain ranges of the Western Ghats at 914 metres above sea level, Sabarimala temple is four km uphill from Pamba river in Pathanamthitta district, around 100 km from Thiruvananthapuram.

It is dedicated to Lord Ayyappa and is one of the most famous temples in Kerala. The visitors are expected to observe 41-day fasting, celibacy, restraint in diet, and other rules.