Read inOther Languages
This Article is From Aug 11, 2019

Rahul Gandhi said he would also be reviewing relief measures with state and district officials.

Congress leader Rahul Gandhi on Sunday began his two-day tour to Kerala, where 67 people were killed in the last few days due to heavy rainfall and floods. He visited his parliamentary constituency Wayanad and promised to provide relief to the flood-ravaged city.

"It is heart-breaking to see what all the people of Wayanad have lost. We will do everything in our power to help them get back on their feet," Mr Gandhi tweeted from his Wayanad account

Mr Gandhi will visit camps in Nilambur, Mampad, Edavannappara and attend a meeting in the Malappuram collectorate.

I visited M.E.S. MAMPAD COLLEGE RELIEF CAMP, to meet with the victims of the flood. I have assured them we will appeal to the State & Central govt. to provide immediate assistance & we will help in any way possible. pic.twitter.com/08taKyoQiy

Mr Gandhi, whose flight landed at Kozhikode airport, had been due to visit last week but postponed it so as to not affect relief work.

In a tweet posted today morning, Mr Gandhi said he would also be reviewing relief measures with state and district officials.

For the next few days I will be based in my Lok Sabha constituency, #Wayanad that has been ravaged by floods. I will be visiting relief camps across Wayanad and reviewing relief measures with District & State officials.

On Friday, Mr Gandhi described the situation in his constituency as "grim" and said he had spoken to Prime Minister Narendra Modi about aid.

Kerala Chief Minister Pinarayi Vijayan chaired a review meeting today, in which he said rains had decreased slightly but red alerts remained for Wayanad, Kannur and Kasargod districts. Six others were under orange alert, he said, adding that heavy rain had been forecast for the next two days.

"Anti-social elements have been spreading wrong messages, against the interest of Kerala by asking people not to contribute to Chief Minister's Disaster Relief Fund. The fact they have started this anti-Kerala campaign even when I have not asked for any contribution yet, shows their anti-social nature. All political parties must stand against this campaign," Mr Vijayan said. 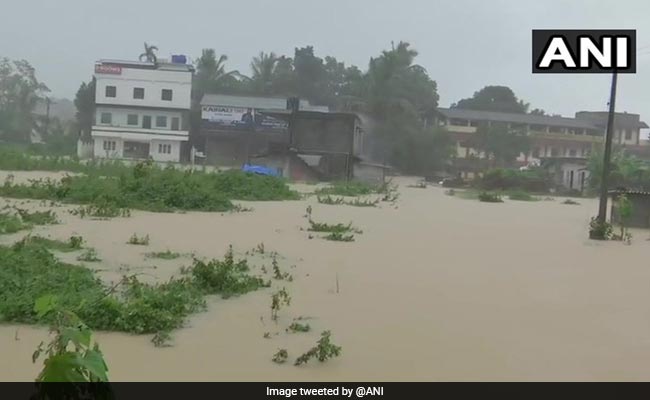 67 people have died across Kerala in the last three days, as the southern state fights widespread flooding leading to landslides - 80 in just two days -, disruption to train and flight services and entire villages being inundated. More than 2.54 lakh people have been evacuated to 1,621 relief camps across the state. 57 people are still missing.

Cochin International Airport in Kerala, which suspended operations on Friday morning after heavy rain led to parts of the tarmac being flooded, restarted operations today with Indigo flight 6E 1735 from Abu Dhabi the first to land. The airport was reopened three hours ahead of schedule - it had originally been planned for 3 pm. 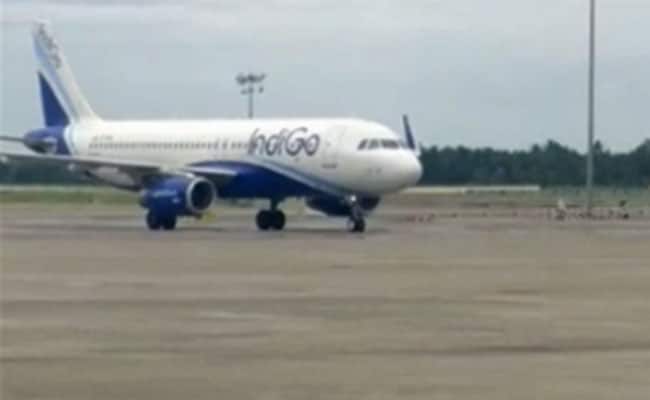 Due to flooding, land slides and trees & boulders falling on railway tracks caused by heavy rains, and consequent disruption of rail traffic, following changes have been made in train services in #Kerala. pic.twitter.com/QU44G6Kn2O

A commercial building, located on the Vyithri-Pookode Road in Wayand district, collapsed today.

Two major landslides occurred on Thursday in Malappuram and Wayanad districts, from which at least 18 bodies have been recovered.

The Central Water Commission said the water level in some rivers has risen to a dangerous point.

Heavy to very heavy rainfall has been forecast for Malappuram, Kozhikode, Wayanad, Kannur and Kasargod districts over the next two days.