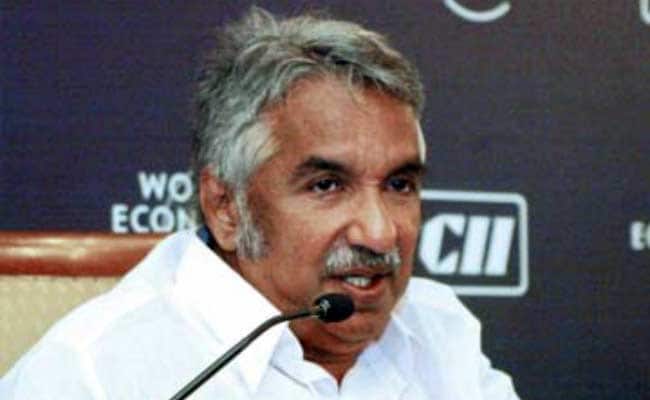 The former Kerala Chief Minister has rubbished the allegations as "politically motivated".

In fresh trouble for Congress in Kerala, the crime branch has registered two seperate cases - against former Chief Minister Oommen Chandy and Congress lawmaker KC Venugopal based on the complaint of solar scam accused Saritha Nair. She has accused both of them of rape.

The former Kerala Chief Minister has rubbished the allegations as "politically motivated". He alleged that the government was trying to divert attention from the Sabarimala issue. All India Congress Committee leader Abhishek Singhvi has also dismissed the allegations, saying it was nothing more than the state government's ploy.

In her complaint, Ms Nair had alleged that Mr Chandy had raped her at the official residence of the chief minister in 2012. She also alleged rape by KC Venugopal at residence of then state minister AP Anil Kumar.

In 2013, Saritha Nair and Biju Radhakrishnan had allegedly duped several businessmen of crores of rupees by promising solar panels at cheap rates.

They had got the contracts by claiming proximity to Mr Chandy. Amid protests by the opposition, the former chief minister had then directed a judicial commission to look into the allegations.

The 1,073-page report of the commission had found that Mr Chandy and four of his personal staff -- Tenny Joppan, Jikkumon Jacon, gunman Salimraj and Kuruvilla, his aide in Delhi had "assisted" Ms Nair and her company, Team Solar in cheating their customers.

Mr Chandy was acquitted in the solar scam case in 2017 due to lack of evidence. Pinarayi Vijayan on had ordered a Vigilance case against him asserting that the probe report found he allegedly helped the con couple.

In a letter, Saritha Nair named Mr Chandy and other UDF leaders, accusing them of sexually exploiting her. He denied all allegations and said "she had nothing against me".