Tomin Thachankary, a senior officer of the Kerala State Road Transport Corporation (KSRTC), left the comfort of his home on Labour Day and worked as a bus conductor 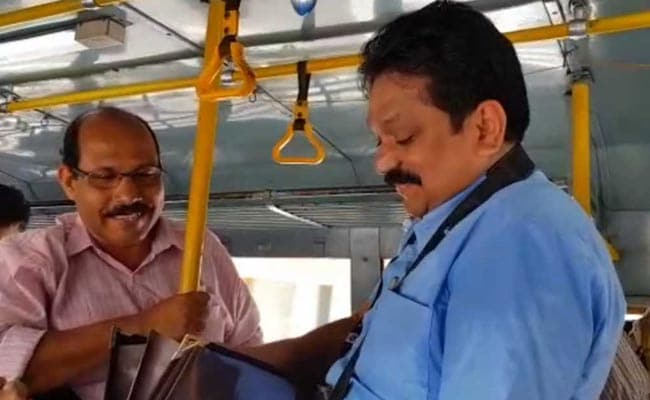 On Labour Day, KSRTC managing director Tomin Thachankary travelled in a bus as a conductor

Thiruvananthapuram: When a boss leads by example on Labour Day, he gets the good wishes of the staffers. Even if it means taking a ride on a state-run bus for 119 kilometres in the summer heat, standing with a bag full of bus tickets and loose change, one hand holding on to the grab rails for support as the tyres went over potholes.

Tomin Thachankary, a senior officer of the Kerala State Road Transport Corporation (KSRTC), left the comfort of his home on a public holiday, changed into a blue uniform and went inside a public bus like a conductor doing his daily thing on just another day.

"Till the time I don't know the work they do, how can I lead them? It will also give me an opportunity to interact with commuters," the KSTC managing director told reporters.

In videos posted by commuters, he was seen greeting the passengers and occasionally dipping his hand into the bag to look for change.

Mr Thachankary got down at Thiruvalla, 119 km from where the bus started. 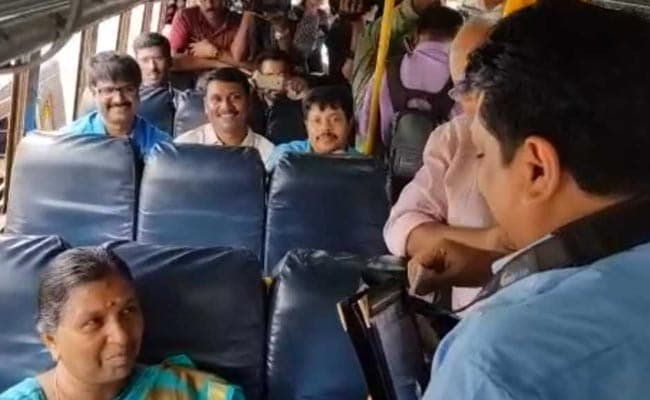 "The key area of my corporation is handled by drivers and conductors who number about 32,000. Hence, I thought I will take a conductor's job," said the top executive of the transport corporation.

He said he wants to understand how the loss-making entity is performing in order to bring it out of the red. Mr Thachankary is also Additional Director General of Police. He was made the managing director of KSRTC only two weeks ago.

The officer will not stop only at walking in the shoes of a conductor. He has ambitions. "I will soon turn a driver. I have already applied for the licence," Mr Thachankary said.

Promoted
Listen to the latest songs, only on JioSaavn.com
Labour Day, also known as May Day, has its origins in the labour union movement in the US. During industrialisation in beginning of the 19th century, industrialists used to exploit the labour class and made them work up to 15 hours a day.

The workers rose against this exploitation and demanded paid leaves, proper wages and breaks. The Labour Day annually celebrates the achievements of the workers.