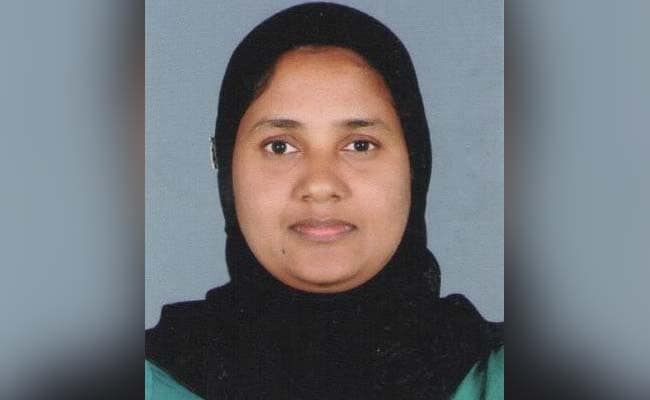 Kerala's Shaharban Saidalavi, who was being felicitated, was allegedly asked to remove headscarf.

Ahmedabad: A Muslim woman was allegedly forced to remove her headscarf at an event attended by Prime Minister Narendra Modi in Gujarat today. Shaharban Saidalavi was part of a delegation from Kerala and was invited to the event held in Gandhinagar meant to felicitate women achievers on the occasion of the International Women's Day. The police denied the allegation, saying they had conducted a routine check as part of the security protocol.

For a practicing Muslim woman, a headscarf is not only considered a matter of modesty, but also an intricate part of religious  observation.

Noorbina Rashid, a member of Kerala Women's Commission, said Ms Saidalavi, a panchayat president, was asked to remove her headscarf by the security persons at the venue. It was taken away for the entire duration of the event, which was attended by nearly 6,000 people, she said.

"The headscarf was given back to her after an hour when other members from the delegation intervened," said Yahy Khan, who had been informed about the matter by people from Kerala's 100-strong delegation who had accompanied Ms Saidalavi.

Ms Saidalavi has been a local body leader for over 20 years. Her panchayat in Kerala's Wayanand was being felicitated for its contribution in making the area free of open defecation, which is one of the key objectives of PM Modi's Clean India mission.

"This is an insult and unacceptable. On Women's Day, this is what is happening to a woman from a minority community," Ms Rashid said.

Calling it a violation of human rights, Kerala Women's Commission has demanded action against the security officer concerned.

Promoted
Listen to the latest songs, only on JioSaavn.com
The seniormost police officer of the area has denied the allegations. "The woman's face was covered and it had to be removed to check her identity. This was done in the presence of the lady co-ordinator," said Virendra Yadav, Superintendent of Police, Gandhinagar.