Kerala women's panel made it clear that it cannot register a case on its own despite the National Commission for Women taking note of the sexual harassment allegations. 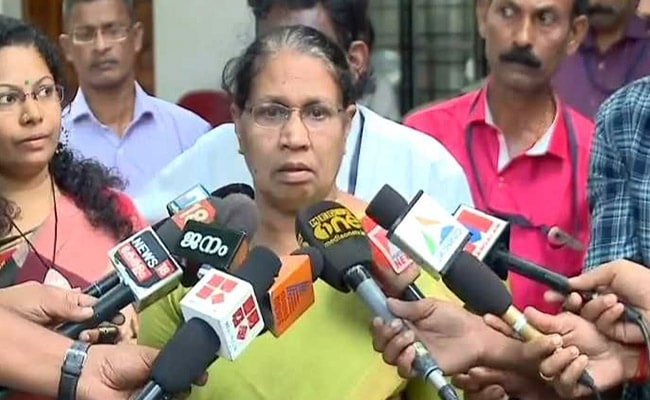 Kerala women's panel chief MC Josephine made it clear that it cannot register a case on its own.

The chief of Kerala's women's panel seemed to speak in defence of a CPI(M) legislator who faces allegation of sexual abuse of a woman. PK Sasi of the ruling Left has been accused of sexually harassing a woman leader of the Democratic Youth Federation of India (DYFI)

"This is nothing new... We are all human beings, mistakes do happen. People inside the party too may also have committed such mistakes," Kerala State Women's Commission Chairperson MC Josephine said on Thursday.

A woman Democratic Youth Federation of India (DYFI) leader has accused PK Sasi of sexual harassment.The party has initiated an internal investigation into the charges.

The state women's panel made it clear that it cannot register a case on its own despite the  the National Commission for Women taking note of the incident and urging the Kerala police to begin an investigation. "The woman has not filed a complaint with the women's commission. Even for suo motu case, we need at least the basic details like the nature of complaint which could be revealed either by the media or the victim themselves, in this case that hasn't happened. Then how can we register a case," Mr Josephine said.

She said the onus is on the party to approach the police. "That's up to the party to decide. The Marxist party will have their own system of dealing with these complaints; it's not a new thing. Since its inception party has handled such complaints. Party will have their own system of handling such complaints and they handle it in their way," Ms Josephine said. She said the state women's commission has not received any complaint.

The opposition BJP in Kerala accused the ruling Left of trying to hush up the matter. BJP lawmaker from Kerala V Muraleedharan said the women's commission had become a 'mute spectator'.
The woman had sent the complaint to CPI(M) politburo member Brinda Karat on August 14 and e-mailed a copy of it to party general secretary Sitaram Yechury.

PK Sasi has described the complaint as a "well planned conspiracy" to malign his reputation.