A case had been pending against Kollam Thulasi for his 'shocking' statement in October last that young women entering sabarimala should be ripped apart and one half should be sent to Delhi and the other to chief minister Pinarayi Vijayan's office. 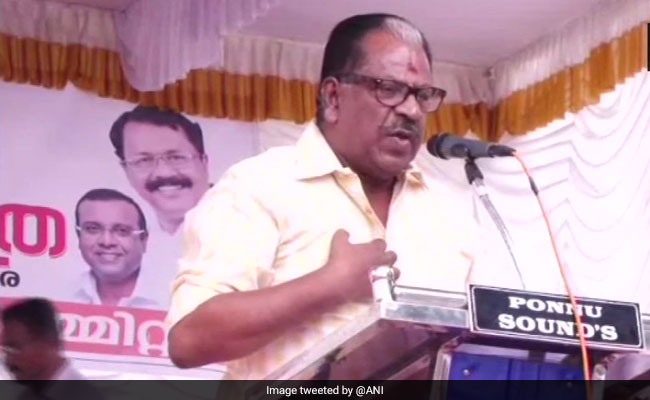 Kollam Thulasi said this while addressing a public gathering in Kerala's Kollam city.

Malayalam Actor Kollam Thulasi, who courted controversy over his anti women provocative remark during the sabarimala protest, surrendered before police on Tuesday in chavara in Kollam district.

A case had been pending against Mr Thulasi for his 'shocking' statement in October last that young women entering sabarimala should be ripped apart and one half should be sent to Delhi and the other to chief minister Pinarayi Vijayan's office.

He had also attacked the bench which had delivered the judgement.

The actor, who is popular in negative roles in films and television serials, had made the offensive remarks while speaking at a meeting convened to welcome the BJP state president, P S Sreedharan Pillai led "sabarimala samrakshana yatra" on October 12 last year at chavara.

Though he publicly apologised for his remarks, an FIR was registered on a complaint by a local leader of the DYFI, the youth wing of the CPI(M).

The Kerala High court had on January 10 dismissed his anticipatory bail petition after directing him to surrender before the investigation officer.

Police sources said he surrendered this morning and his arrest had been recorded.

The actor would be produced before a magistrate court soon.

The actor was booked under various sections of IPC for deliberate and malicious act intended to outrage the modesty of women, Punishment for criminal intimidation, word, gesture or act to insult the modesty of women and wantonly provocating to cause riot and sexual harassment.

The Kerala State Women's Commission had also registered a case against him.

On September 28 last year, the Supreme Court had allowed women of all ages to enter the Sabarimala temple and offer prayers, setting aside the centuries old tradition of not allowing children and women in the menstruating age group of 10-50 at the shrine.