Kerala Woman, 21, Trolled Over Her Video Of Selling Fish After Classes

The story of Hanan, a BSc student at a private college in Thodupuzha, selling fish at Thammanam in Ernakulam after her college hours, was carried by leading Malayalam daily 'Mathrubhumi' two days ago. 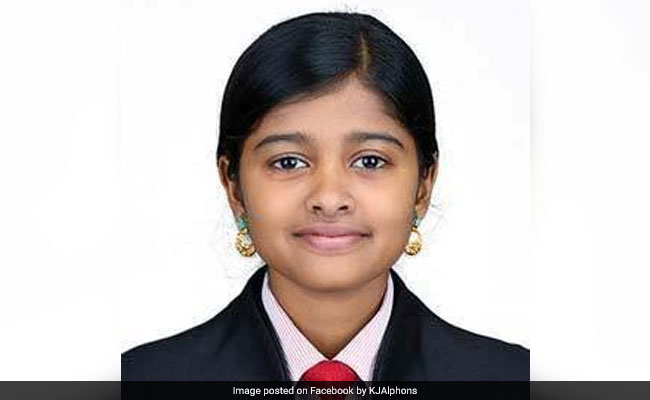 Union minister KJ Alphons came out in support of a 21-year-old college student and a fisher-woman, from Kerala faced cyber bulling on social media.

The story of Hanan, a BSc student at a private college in Thodupuzha, selling fish at Thammanam in Ernakulam after her college hours, was carried by leading Malayalam daily 'Mathrubhumi' two days ago.

Her touching story was widely shared on social media by many, including film artists and politicians.

But, a section of social media called Hanan's story fake. The student had to face vicious trolling.

However, Hanan's college principal and neighbours came out in support of her and said the story published in the regional daily was not fake.

Reacting to the news, Mr Alpons wrote on his Facebook page, "Kerala sharks stop attacking #Hanan. I'm ashamed. Here is a girl trying to put together a shattered life. You vultures!".

The tourism minister hailed the woman's attitude, hard work and the attitude to move forward in life.

Mr Alphons also referred to the difficulties faced by Prime Minister Narendra Modi during his teenage and said that he fought against all odds to become the prime minister.

A teary-eyed Hanan appealed her critics with folded hands to leave her alone.

"I do not want any help. Kindly leave me alone and allow me to do any kind of menial jobs to earn my daily bread," she said.

Any sort of attack on such a hardworking woman is condemnable, she said.

The trolls also targeted the filmmaker for such an offer, but Mr Gopy remained firm on the offer.