Bindu Sampath last heard from her daughter and son-in-law on November 26, 2018 and said she was "waiting" for their return. "I want to cook her favourite food - dosa and curry - and feed her," she said

Two South Indian women claim to have identified their children in a picture of ISIS terrorists who surrendered before security forces in Afghanistan a few days ago. Bindu Sampath told NDTV she had identified her daughter, son-in-law and her granddaughter in a photo shown by the National Investigation Agency (NIA). The son-in-law's mother, Gracy Thomas told NDTV "his hands... his forehead" left her in no doubt the man in the photo is her son. The two women said they hoped their children could be brought back home.

"From the pictures I have identified my son-in-law and granddaughter. My granddaughter is sitting on the lap of a lady who is covered with a veil. And I'm sure that if she is sitting on a lady's lap then it will be my daughter Chinnu (Fathima) only," Bindu Sampath, who lives in Kerala's Thiruvananthapuram, said.

It has been three years since Fathima (known as Nimisha before she converted) and her husband Isha (known as Bexin earlier) left to join ISIS. In that time they also had a child together. Over the years they sent photographs and voice recordings to Bindu Sampath, who claimed that helped her identify the family despite the poor quality of the photos. 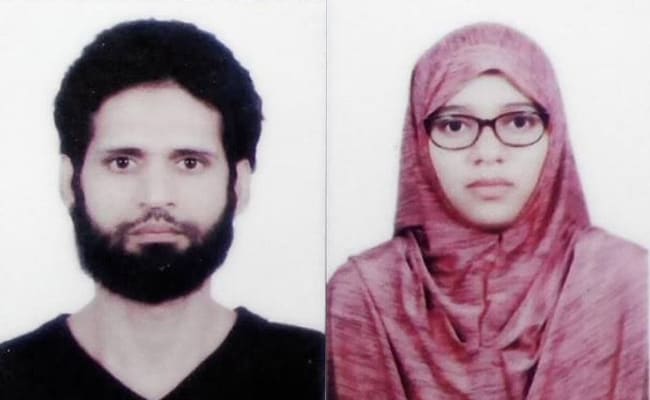 Sources say the pictures lack clarity but Fathima's mother is "certain" she can recognise her child and grandchild. "I have communicated these details to the NIA... They have taken this seriously and they have given to the right sources," she said.

Meanwhile, the son-in-law's mother, Gracy Thomas, who lives in Pollachi in neighbouring Tamil Nadu, said she recognised her son by means of physical characteristics.

"I just had to see the picture to recognise my son. His hands, the manner in which the nerve is showing on the back of his palm, his forehead... clearly proves he is Bexin," Gracy Thomas said to NDTV. 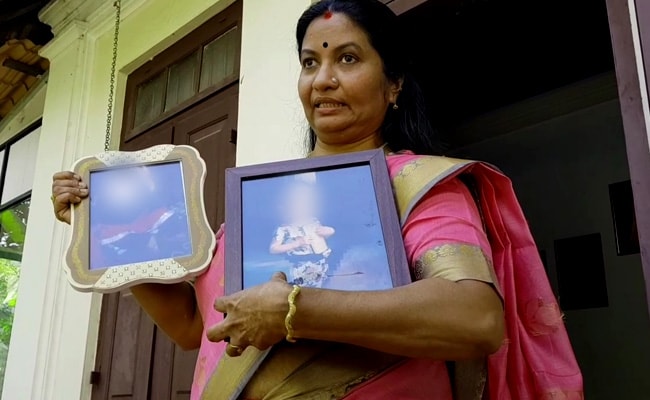 Other people in the photos, identified by Mrs Sampath, include Abdul Rasheed - believed to be instrumental in the indoctrination of 21 people from Kerala. Earlier this year there were reports Abdul Rasheed had died after a raid by US forces in Afghanistan.

"Did media ever get pictures of Abdul Rasheed's body? I am saying what I have seen. I have been getting messages from Abdul Rasheed (via encrypted messaging app Telegram) when I ask about my daughter... even after news of his death. One thing is certain... I have been able to identify my son-in-law and granddaughter," she emphasised.

Bindu Sampath last heard from her daughter and son-in-law on November 26, 2018.

"I am waiting for my children's return. I want to purchase dresses for my daughter, son-in-law and grandchild. I want to cook her favourite food - dosa and curry - and feed her," she said.