Navami alleged that even her school-going sister was not spared and was threatened by a group of unidentified people earlier this week. 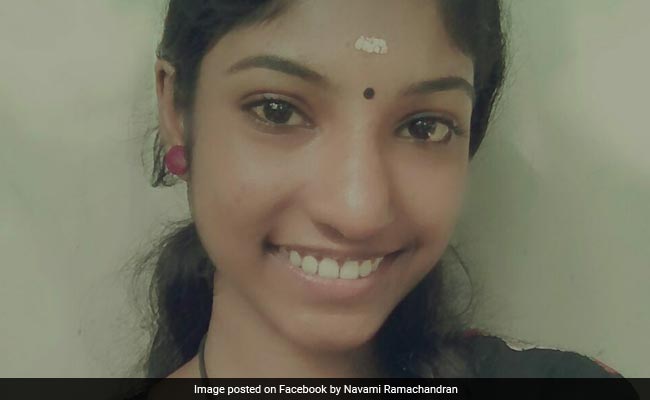 Thiruvananthapuram: A law student from Kerala has filed a police complaint alleging cyber bullying by right-wing groups after she posted a poem on her Facebook page on taboos attached to menstruation.

The abusers alleged that the poem on a menstruating goddess hurt their religious sentiments, Navami Ramachandran, 18, from Mallappally in Pathanamthitta district said.

The woman claimed she received threats on social media.

An activist of the Students Federation of India, the teenager posted the poem to extend support to another youngster who had also faced a similar threat for speaking out on menstruation on social media.

Navami alleged that even her school-going sister was not spared and was threatened by a group of unidentified people earlier this week.

A few bike-borne persons, with their faces obscured by masks, threatened Lekshmi, her younger sister, she alleged in another post.

"Taking into account other recent incidents, there is no doubt that the RSS was behind the act," Navami alleged.

Based on a complaint by her family about the alleged attack on Lekshmi, police registered a case and began a probe.
Comments
kerala law studentMenstruationFacebook