Kerala Governor Fasts In Protest Against Dowry, Atrocities Against Women

Arif Mohammad Khan observed the fast in response to a call by various Gandhian organisations to spread awareness against the practice of giving and taking dowry as part of marriages. 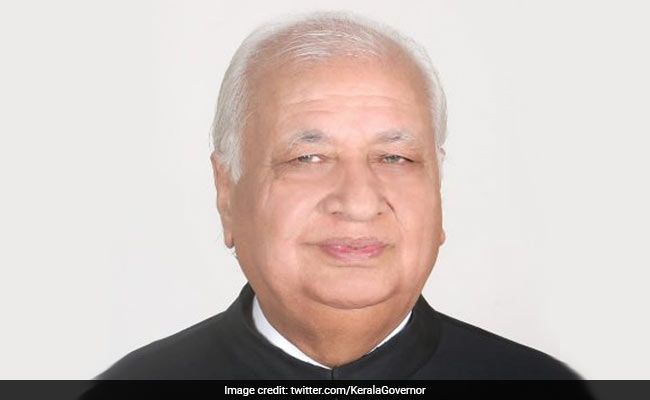 Arif Mohammad Khan said girls should also be empowered to fight against the menace of dowry.

Days after a series of dowry deaths rocked Kerala and kicked up a heated debate on the menace, Governor Arif Mohammed Khan on Wednesday observed a fast to create social awareness against the social evil and end atrocities against women.

It may be for the first time in the history of the southern state that any Governor was fasting for such a social cause.

Scripting a new chapter, Khan began the fast at Raj Bhavan, his official residence here, by 8 am, urging people to say a big no to the decades-old evil practice.

The Governor also attended a prayer meeting organised at the Gandhi Bhavan here later in the evening.

Mr Khan ended his fast by garlanding the statue of Mahatma Gandhi at Gandhi Bhavan.

Addressing a gathering at the Gandhi Bhavan, Mr Khan, who is also the Chancellor of Universities in Kerala, said he would write to all Vice Chancellors urging them to ensure that every student, before receiving their final degree or certificate of diploma, is made to sign an undertaking that taking or giving dowry is a crime and they shall not indulge in such practice.

The Governor also urged all public representatives that when they receive any invitation to attend a marriage, they should make sure that no transaction or demand of dowry is taking place.

If they come to know that such things are happening, then they should have the courage to say that they would not attend the marriage, Mr Khan said.

He said the girls should also be empowered to fight against the menace of dowry.

"If they come to know that the boy's side is demanding, seeking dowry, whatever the parents say, she should be bold enough to say no to such a proposal," the Governor said.

Later, talking to reporters, Mr Khan said all sections of people including politicians and non-politicians are concerned with the menace of dowry.

Responding to a query on recent dowry-related crimes reported in the state, Mr Khan said this was not a partisan issue.

Urging not to create any confusion, he said Chief Minister Pinarayi Vijayan and opposition party leaders have supported his decision to create social awareness against dowry.

Mr Khan observed the fast in response to a call by various Gandhian organisations to spread awareness against the practice of giving and taking dowry as part of marriages.

Last month, Mr Khan had made an emotional appeal to women to say no to dowry when it was demanded during the time of marriages and expressed willingness to be part of any "organised" voluntary movement to create awareness against the menace.

He reacted after visiting the house of Vismaya, an Ayurveda medical student, who was recently found dead in her husband's house under mysterious circumstances after she had complained of dowry harassment in Kollam district.

Terming dowry as an "evil", he had said social awareness should be created about its unholy aspects and urged NGOs or volunteers, who selflessly work for public causes, to start a special movement against it.

In a video message issued on Monday evening, Mr Khan said dowry is a "grave injustice and ignominy to the dignity of women" whose contributions to Kerala''s growth are widely acknowledged.

The opposition Congress and BJP extended support to the Governor for adopting the "Gandhian path" to raise awareness against the menace.

Lapping up the opportunity to criticise the Left government over the issue, they alleged that the failure of the Pinarayi Vijayan government to ensure safety of women in the state had forced the Governor to observe a fast to open the eyes of authorities.

"Greetings to the Governor who is observing a fast seeking to ensure the safety of women and girls of Kerala," senior BJP leader and Union Minister V Muraleedharan said in a Facebook post.

Hailing Mr Khan for taking up such a cause, he said it may be a "rare episode" in the administrative history of the country.

He also said it is for the state government to find out why the Governor, the head of the state, has to fast seeking the safety of women.

Kerala Pradesh Congress Committee President K Sudhakaran claimed that the failure of the state government to ensure safety and security of people was one of the reasons why the Governor was sitting on a fast.

Terming the Governor's fast a "rare incident", he said Mr Khan has raised a "justified issue" and his agitation is "meaningful".

"The circumstance in Kerala now is that even the Governor is staging a Gandhian way of protest. The state government can not backtrack from its responsibility," the Kannur MP added.

Meanwhile, several Gandhians took part in a dawn-to-dusk fast at Gandhi Bhavan.The Gandhian organisations said the programme aims at ending atrocities against women and to address the need to make Kerala a safer place for them.

Besides Vismaya, a number of other women also had been found dead under mysterious circumstances in the state in recent days and their family had alleged dowry harassment as reason for their premature death.