Kerala Fisherman Who Saved Many During Floods Dies In Road Accident 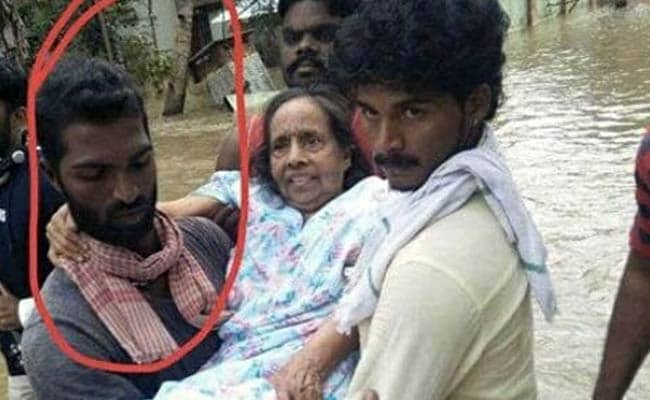 Jineesh had rescued hundreds when floods hit Kerala. He died in an accident

A fisherman in Kerala who saved many lives during the recent flood crisis, has died on Sunday after a road accident. Jineesh, 24, was being treated for severe injuries at a hospital in Thiruvananthapuram.

Last week Jineesh came under a lorry after he fell off his bike.

The fisherman, one of the hundreds of "coastal warriors" involved in flood rescue in Kerala, was among the first responders called for help in Chengannur in Alappuzha.

People across the country heaped praises on Kerala's fishermen after they plunged into the rescue effort, risking their lives to save thousands stranded in places where no one could reach until military choppers came in. Dubbed by many as the "state's special naval force", the fishermen came in their boats from several parts of the state, spending money from their own pockets. They were credited with rescuing around 65,000 people.

The state government, appreciating the role of the fishermen, has offered welfare schemes for them. Finance Minister Thomas Isaac in a tweet earlier said, "Fishermen are the best rescuers. Their potential should be tapped. 200 fishermen are to be recruited into police as coastal wardens."

Dr Thomas Isaac also said the Fisheries Department will raise a team of rescue volunteers in every district from the fishermen community.

Kerala Chief Minister Pinarayi Vijayan honoured the fishermen with certificates of appreciation. He said, "the fishermen did not think of their safety, their families or any monetary gains from the government when they joined rescue operations."