As per the order issued by the Union Home Ministry, states should not impose travel curbs closing their borders, Kerala ChiefMinister Pinarayi Vijayan said. 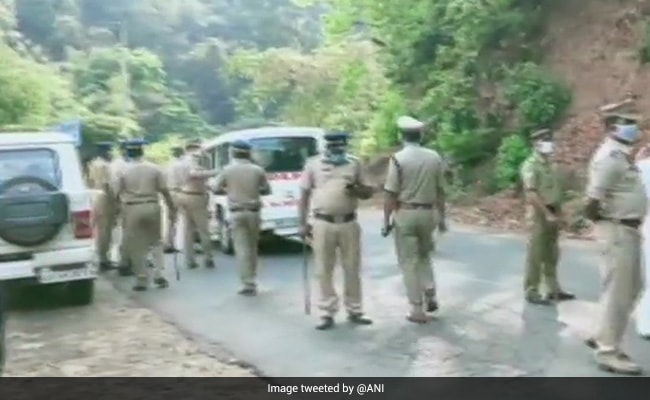 The officials of Karnataka have tightened inspection at the border check post with Kerala. (File)

Days after neighbouring Karnataka imposed travel restrictions on persons from the state in view of the COVID situation, Kerala Chief Minister Pinarayi Vijayan on Thursday said the fresh curbs were against the directive of the Centre in this regard.

As per the order issued by the Union Home Ministry, states should not impose travel curbs closing their borders, he said.

"The Karnataka government has imposed the new restrictions against the Central government's directive," he told the state Assembly.

Replying to a submission by legislator AKM Ashraf (IUML), he said steps have been taken to ensure that the curbs are not causing any difficulty to the people of the state who are travelling to the neighbouring state for various purposes.

The state DGP Anil Kant had already contacted his counterpart in Karnataka who ensured that necessary action would be taken in this regard.

Detailing the restrictions imposed by the neighbouring state, the Chief Minister said an RT-PCR COVID negative certificate, taken within 72 hours, has been made mandatory for commuters from Kerala by the Karnataka government.

The officials of that state had tightened inspection at the border check post in Thalappady in this regard from August 2.

The state police was giving special attention to ensure that the curbs were causing no inconvenience to those going for treatment in hospitals in Karnataka and those belonging to the essential service sector, he said.

Arrangements have been made at the border for conducting the RT-PCR test, giving priority to those who travel to Mangaluru on a daily basis.

If anyone produces a certificate, completing two doses of vaccination, they would also be permitted to meet their requirements for which RT-PCR has been made mandatory, the Chief Minister added.

Kerala Woman Falls To Death From Terrace While Exercising: Police