Elect Me First: BJP Leader In Kerala Looks For Exit From Beef Controversy 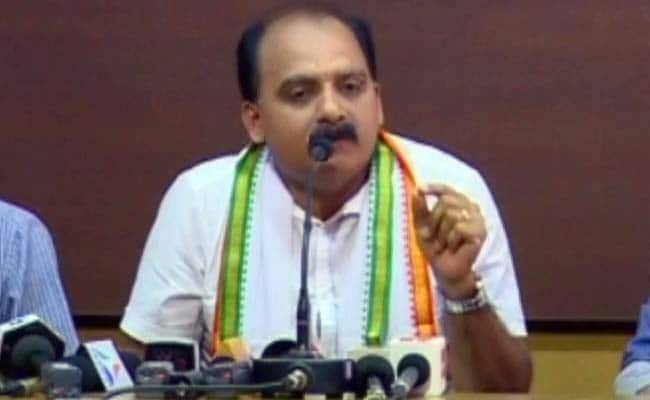 Malapuram, Kerala: A BJP leader in Kerala who is running for parliament attempted today to dismount a controversy centred on his stand on whether beef should be banned.

Today, N Sreeprakash told NDTV, "I am against cow slaughter but people can eat any kind of meat." Over the weekend, he was quoted  promising  the voters of Mallapuram in North Kerala that he would ensure  quality beef and well-run slaughterhouses, a statement seen as incongruous with the BJP's crackdown on slaughterhouses in Uttar Pradesh and other states that are governed by the party like Madhya Pradesh and Jharkhand.

Mallapuram votes on  the 12th for its Lok Sabha member, an election necessitated by the death of E Ahmad last month, who represented the constituency in parliament. Muslims form nearly 65% of the population here. Cow slaughter is not banned in Kerala, and cow and buffalo meet are a common part of diets -and described as a cultural food practice - in many parts of the state.

Yesterday, the BJP in Kerala said that Mr Sreeprakash's comments were not problematic. "As long as Kerala does not have a beef ban, the BJP state unit is not against its consumption," the party's Kerala General Secretary MT Ramesh told news agency IANS. "The issue comes into play when there is a ban. Currently, there is no ban and hence nothing against the law."

But today, Kerala BJP president Kummanam Rajasekharan said the candidate will be asked to explain. "I do not know what exactly has he said but I will ask him about it. I am on my way to Malappuram," he said to the Press Trust of India.

Mr Sreeprakash seemed to have his explanation ready. " My stand is clear. I am against cow slaughter. But people can choose their own food. You want to eat meat, you can. Any kind," the candidate told NDTV today, stating that his stand on whether beef should be banned in the state will be revealed later. "Please elect me first," he said.

A crackdown on unlicensed abattoirs in Uttar Pradesh, launched by new Chief Minister Yogi Adityanath, has spread to other states, causing concerns about the impact on both Muslims, who dominate the meant industry, and on exports. India is one of the largest exporters of buffalo meat, selling $4 billion worth of beef in the 2015/16 fiscal year.

Promoted
Listen to the latest songs, only on JioSaavn.com
Uttar Pradesh is the biggest producer of buffalo meat in the country.