The BJP activists were believed to be referring to the 2002 Gujarat riots, which claimed more than a thousand lives. 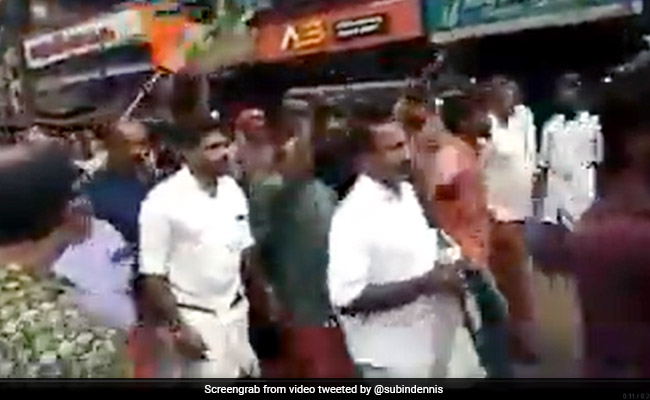 Expletives were shouted at the pro-CAA protest taken out by the BJP in Kerala.

A complaint has been filed against around 100 BJP activists for allegedly shouting communal slogans at a recent march taken out to support the Citizenship Amendment Act in Kerala's Kozhikode district, police said.

Abuses and references to the Gujarat riots had rent the air along with slogans supporting the controversial law as the activists made their way through Kozhikode district's Kuttiadi town on Monday. While "don't you remember Gujarat?" went one such refrain shouted during the march, the others were fairly unprintable.

The BJP activists were believed to be referring to the 2002 Gujarat riots, which claimed more than a thousand lives in a three-day period that's arguably among the darkest in Indian history. Video footage of the march has already been spread widely on social media.

Police said they have filed a case under vilification, attack based on religion, identity, residence, language and unlawful assembly on the basis of a complaint from the Democratic Youth Federation of India, the youth wing of the ruling CPI(M).

The government termed it as proof of what the BJP really stands for. "The BJP has started door-to-door campaigning, visiting houses to assure them that there is nothing against Muslims or other minorities in the Citizenship Amendment Act. But the slogans they shout on the streets reveal their real face. They are threatening a repeat of Gujarat. This is their real intention," said State Minister Thomas Isaac, claiming that the true purpose of the controversial law and the National Register of Citizens is to polarise society along communal lines.

Senior BJP leader Kummanam Rajasekharan said that the police case was steeped in bias. "Anti-CAA protesters say all kinds of things against the Prime Minister and other leaders, but no case is registered. They have booked people from the pro-CAA rally because their voice and strength are growing," he said.