Astronaut In The Room: Augmented Reality In Web Classes In Kerala School

Now kindergarten children at AEM AUP School jump up in excitement as giant planets, animals and other interesting things pop up beside their teacher. 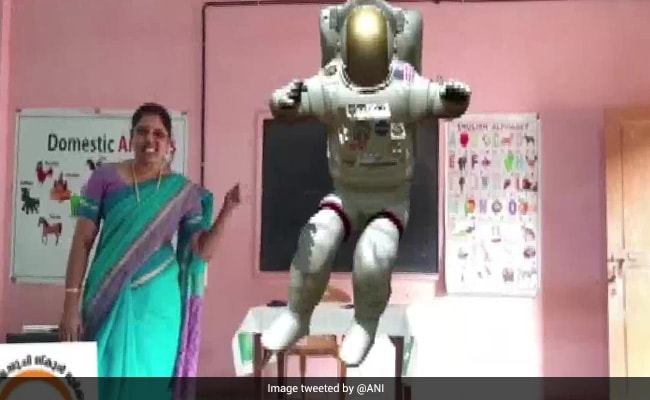 A giant elephant or a life-like cow that appears all of a suddenly inside a kindergarten classroom in Kerala's Malappuram district has added a whole new dimension to learning for children.

Shyam Vengalloor, a social science teacher at the AEM AUP School has introduced augmented reality to online classes. Using this state of the art technology, Mr Vengalloor says he strives to impart a better education for his students.

"It took around two months to get it done. The online lessons were otherwise dull and needed more effort, "Shyam Vengalloor told ANI.

Now kindergarten children at AEM AUP School jump up in excitement as giant planets, animals and other interesting things pop up beside their teacher.

Looking at the success of the lessons, many schools and teachers from across Kerala have begun to seek Vengalloor''s help.

AR technology superimposes a computer-generated image on a user''s view of the real world, thus providing a composite view.

On June 1, Kerala commenced its academic year by launching online classes for school students by the name ''First Bell''. The Kerala Infrastructure and Technology for Education (KITE) released the timetable for the classes that will be carried out through KITE Victors Channel, and will be also available on YouTube.