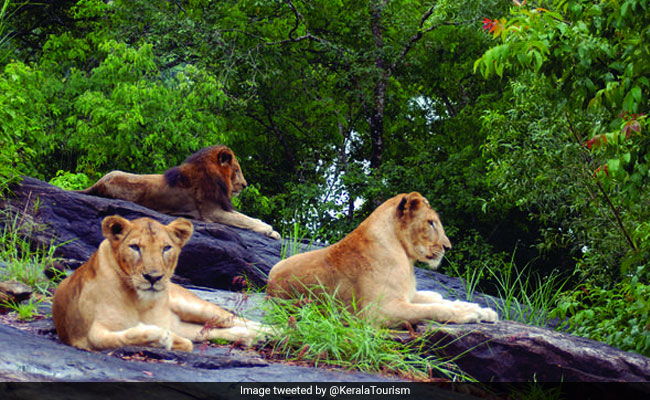 The captive lioness was one among the two surviving at the safari park in Kerala's Neyyar Dam. (FILE)

A 19-year-old captive lioness, one among the two surviving at a safari park in Neyyar Dam near Kerala's Thiruvananthapuram, died following age-related ailments.

She had been suffering from health issues for some time, they said, adding the health condition of the other lioness, Bindhu, was also not too good.

The only male lion left in the park had died three years ago.

Established in 1985 at the Neyyar Dam campus, the Lion Safari Park, a first of its kind initiative in Kerala, has been a major tourist attraction in the region.

The park had over 15 lions.

As their number had exceeded in the later years, the male lions were sterilized by authorities.

The long-drawn efforts to bring more lions to the park is yet to achieve any desired result.