In a letter that Cafe Coffee Day boss VG Siddhartha reportedly wrote, he expressed unhappiness over not creating "the right profitable business" and alleged "harassment" by a senior income tax officer

VG Siddhartha, who went missing, is the founder of the popular chain Cafe Coffee Day

VG Siddhartha, the founder of the popular chain Cafe Coffee Day and son-in-law of former Karnataka Chief Minister SM Krishna, apparently wrote to board members and employees before he went missing on Monday. The letter - accessed by news agency ANI - alleges harassment by an income tax officer and expresses regret for not being able to create "the right profitable business".

VG Siddhartha went missing while walking across a bridge near Mangaluru in Karnataka on Monday. Rescue teams and sniffer dogs are scanning the bridge over the Netravati river. The Coast Guard and the National Disaster Response Force have joined the search.

"I have failed to create the right profitable business model despite my best efforts. I would like to say I gave it my all. I am very sorry to let down all the people that put their trust in me. I fought for a long time but today I gave up as I could not take any more pressure..." Mr Siddhartha wrote in the letter tweeted by ANI.

"...I could not take any more pressure from one of the private equity partners forcing me to buy back shares, a transaction I had partially completed six months ago by borrowing a large sum of money from a friend. Tremendous pressure from other lenders lead to me succumbing to the situation. There was a lot of harassment from the previous DG income tax in the form of attaching our shares on two separate occasions to block our Mindtree deal and then taking position of our Coffee Day shares... This was very unfair and has led to a serious liquidity crunch," Mr VG Siddhartha said in the letter, ANI reported.

Founder & owner, Cafe Coffee Day (CCD), #VGSiddhartha's letter to employees and board of directors of CCD, states, "Every financial transaction is my responsibility...the law should hold me & only me accountable."; He has gone missing from Mangaluru, search operation underway. pic.twitter.com/0GJc5vmvYt

The businessman was last seen on a bridge over the Netravati river in Mangaluru, 350 km from Bengaluru. The police have launched a massive search operation near the 1-km-long bridge; divers are scanning the muddy river. Cops on inflatable boats have joined the search.

Mr Siddhartha's driver said he asked to be dropped on the bridge and told him to drive towards the other end and wait there. But the Cafe Coffee Day owner did not appear again, after which the driver said he alerted the police.

He sold his entire 20 per cent equity stake in consultancy firm Mindtree to engineering and construction company Larsen & Toubro Ltd for Rs 3,300 crore in March this year. He was also reportedly in talks with Coca-Cola to sell his flagship chain - which he founded in 1993 and has over 1,500 outlets - to the snack food and cola giant, news agency Reuters reported. 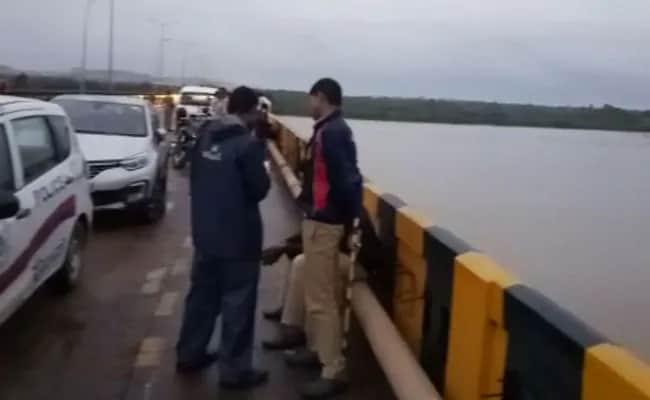 He is among the country's largest exporters of coffee bean. His family has been in the coffee-growing business for more than 130 years, according to his profile page on the website of consultancy firm Mindtree, where he is a non-executive director.

Shares of Coffee Day Enterprises Ltd fell 20 per cent in early trading today. Coffee Day told the exchanges that Mr Siddhartha has not been reachable since Monday. "Company is professionally managed and led by competent leadership team, which will ensure continuity of business," it said in the filing.