Umesh Jadhav and the other lawmakers did not turn up for two legislature party meetings even when summoned and had also stayed away from the budget session of legislature. 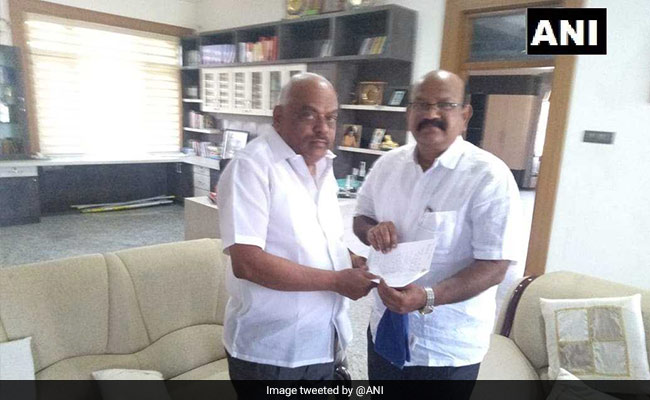 The resignation of Congress lawmaker Umesh Jadhav from the party in Karnataka today followed weeks of his open defiance of party leadership. The lawmaker from Chincholi had been missing in action during the recent political turmoil in the state, lending weight to claims that he and a few others were planning to shift their loyalties to the BJP in a bid to topple the Congress-Janata Dal Secular government in the state.

Mr Jadhav and the other lawmakers did not turn up for two legislature party meetings even when summoned and had also stayed away from the budget session of legislature.

The drama surrounding their absence led to speculation about the survival of the state government. There was also allegations that the BJP is using "Operation Lotus" -- a term coined in 2008 when the party allegedly engineered defections of opposition legislators to ensure that its government headed by BS Yeddyurappa remains stable.

The Congress issued them notices and finally on Monday, Mr Jadhav submitted his resignation to Assembly Speaker Ramesh Kumar.

"Umesh Jadhav's resignation was a foregone conclusion. He had already sold himself to the BJP. He was just doing some drama here to avoid disqualification," he told reporters in Bengaluru.

The Congress, he asserted, had treated the lawmaker well. "He was given ticket twice and has been MLA twice. In no way has Congress party done any injustice to Umesh Jadhav," he added, accusing Mr Jadhav of leaving the party for selfish reasons.

Mr Jadhav's loss will not affect the numbers of the Congress-JDS coalition in the state assembly. The alliance had 118 of the 224 seats before his resignation -- 113 is the half-way mark.