The conversion of this former hostel to a detention centre has raised some eyebrows in the state, particularly with the publication of the controversial National Register of Citizens list in Assam in August that left out 19 lakh people

In semi-rural Nelamangala in Karnataka, around 40 kilometres from Bengaluru, a new detention centre for foreign nationals found to be living in the country illegally is almost ready to receive its first residents. NDTV accessed the courtyard of this detention centre, which began life as a hostel building, with visuals showing a medium-sized open space flanked on two sides by what appears to be an L-shaped structure with eight rooms barricaded by iron doors. In front of the building is a small landscaped garden.

Spread over a few hundred square feet, the facility may be dwarfed by that being built in Goalpara district of Assam - which is spread over a massive 2.5 hectares - but, as the barbed wires and massive iron gates suggest, Karnataka's first detention centre will be a far cry from the hostel building it used to be.

According to Karnataka Home Minister Basavaraj Bommai, the centre will be operational soon and, should it prove inadequate to house illegal foreign nationals, the Bengaluru Police Commissioner Bhaskar Rao has confirmed the state will ask for more space.

"There is a detention centre ready near Nagamangala, it needs to operationalised, we have discussed it and there will be no further delay in operationalising it," Basavaraj Bommai told reporters on Thursday.

The conversion of this hostel to a detention centre has raised some eyebrows in the state, particularly with the publication of the controversial National Register of Citizens list in Assam in August that left out 19 lakh people.

Speculation over a similar exercise in Karnataka, where the BJP is in power, has grown since Mr Bommai admitted, earlier this month, that the government was considering implementing it in the state. Union Home Minister Amit Shah recently said the NRC exercise would be conducted throughout the country and illegal immigrants would be "thrown out". 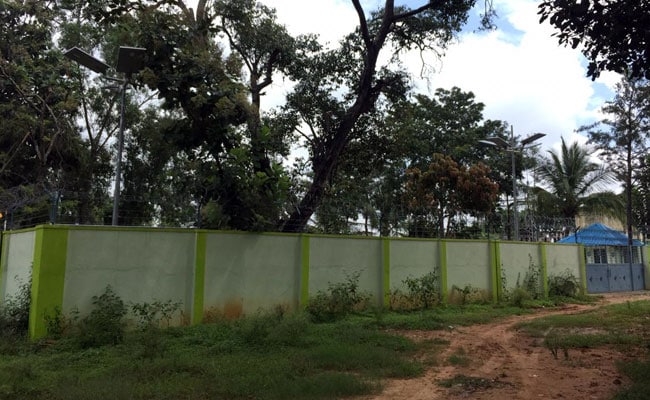 Karnataka BJP MP PC Mohan has welcomed the move, declaring that Bangladeshi migrants were "definitely a threat to our country".

"It is a very good decision by the Chief Minister... there are a lot of illegal migrants especially in Bengaluru... especially Bangladeshis, some of whom also have Aadhaar cards. It is definitely a threat to our country," Mr Mohan, the MP from Bengaluru (central) told NDTV.

The opposition is playing a waiting game, with Karnataka Congress spokesperson  BL Shankar saying the party believes, for now that the centre is not based on, or being built for, a NRC exercise.

"The detention centre was proposed by the previous government. It is not based on the proposed NRC... from my information it is for those who came here for study or work and overstayed their visa," BL Shankar said, adding, "It is to detain them there and then see they are deported to their respective countries".

Meanwhile, whatever the nature of the detention centre will be, its conversion to that has disappointed former Panchayat member SN Ramesh, who has expressed concern over "kind of people who will come here".

"We wanted our office here. But giving us no details, some decisions were made at the high level and it went to another department... We are worried about what kind of people will come here," he told NDTV today.