The arrested IPS officer Amrit Paul was the head of the recruitment cell when the scam came to light in April this year. 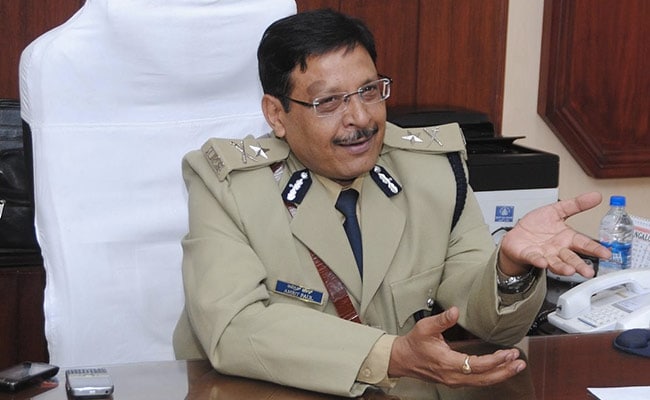 An ADGP-rank officer was on Monday arrested by the Karnataka Crime Investigation Department (CID) in connection with the police sub-inspector recruitment scam, highly-placed police sources said.

The arrested IPS officer Amrit Paul was the head of the recruitment cell when the scam came to light in April this year.

After reports of large-scale irregularities, he was transferred to the post of the ADGP, Internal Security Division.

According to top sources, the Optical Mark Recognition (OMR) sheets of the fraudulent candidates were allegedly tampered in the recruitment division itself. They also claimed that Paul was allegedly in the know of the happenings.

The ADGP was arrested after he was quizzed by the police at least four times, sources said.

"After his arrest, he was taken to the Bowring and Lady Curzon Hospital (AB Vajpayee MC&RI) for medical examination," a police official said.

The scam first came to light in Kalaburagi district, when the OMR sheet of a candidate was posted on social media showing that despite answering only 21 out of 100 questions, he cleared the exam.

This triggered public outrage against the manner in which the exam was conducted. The police probed the matter and registered a case against the candidate and the person who had posted it.

The probe further led to the arrest of an absconding BJP leader, and owner of 'Gnana Jyothi English Medium School' in Kalaburagi, Divya Hagaragi, the college principal Kashinath, and other staff.

A few police officers, including a deputy superintendent of police, inspector, sub-inspector, constables and the gunman of an MLA were also arrested.

It is also alleged that a candidate from Malleshwaram, purportedly a relative of a senior politician, was also arrested in this case.

About 70 people, including 40 'selected' candidates, agents, exam centre staff and police personnel, have been arrested so far in this connection, sources said.

The suspected candidates in the scam had allegedly paid Rs 70 lakh each to get a job.

After the scam came to light, the government annulled the PSI recruitment exam and ordered that it should be conducted afresh. Enraged with this move, a few candidates staged demonstrations demanding cancellation of the order which annulled the exam.

However, the government stood firm and said it will conduct the exam afresh later. While the opposition accused the involvement of high-profile people in the government, Home Minister Araga Jnanendra had said: "A fair investigation will be conducted sparing none, however high and mighty they are."

After Clashes In Karnataka's Kerur, Large Gatherings Banned Till Friday