Since 2017, DK Shivakumar is also being investigated by the Income Tax Department. Property belonging to him was seized after a series of searches in Bengaluru and other places. 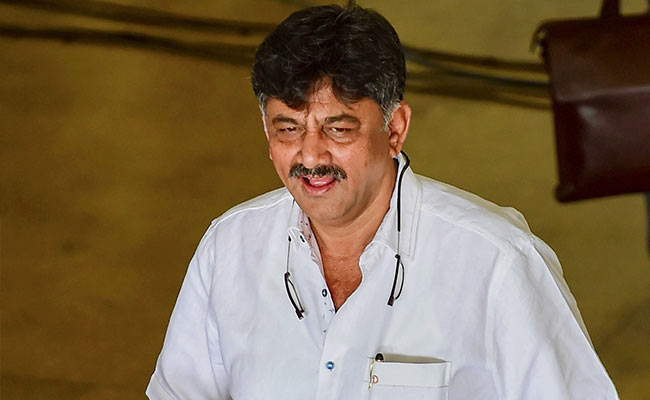 In 2017, DK Shivakumar was named in a disproportionate assets case.

Properties belonging to Karnataka Congress chief DK Shivakumar in parts of the state were verified by the Central Bureau of Investigation today. The agency - which is investigating the leader in connection with an alleged money laundering and a disproportionate assets case - looked into the documents linked to the properties.

"CBI officials visited DK Shivakumar's house, land and other places at Kanakapura, Doddalahalli, Sante Kodihalli on Wednesday and verified his properties and documents related to them," the state Congress chief's office said in a statement.

In 2017, Mr Shivakumar was named in a disproportionate assets case. After raids on 14 properties linked to the leader in three states - Delhi, Maharashtra and Karnataka -- the CBI said he has illegally collected Rs 75 crore.

In October 2020, the agency searched over a dozen premises linked to him and his brother DK Suresh.

Since 2017, Mr Shivakumar is also being investigated by the Income Tax Department. Property belonging to him was seized after a series of searches in Bengaluru and other places.

The IT raids were followed by involvement of the Enforcement Directorate and subsequently the matter reached the CBI. The CBI sought the state government's permission to investigate him as he was a cabinet minister at the time. The sanction was granted in September 2019.

The Enforcement Directorate is investigating allegations of money laundering against him. On September 3, 2019, the agency arrested Mr Shivakumar. The next month, he got bail from the Delhi High Court.

Earlier this month, he was questioned by the ED in a second money laundering case.

Mr Shivakumar has denied any wrongdoing and claimed the action against him was part of the BJP's "vendetta politics".

The Congress leader has approached the Karnataka High Court, asking that the disproportionate assets case against him be cancelled. On Monday, the CBI sought more time to file its response to the petition. The court was told that the investigation is still in progress.