Amid statewide bandh over Mahadayi water sharing dispute in Karnataka, BJP chief Amit Shah will address the state unit's Parivartana rally in Mysuru this noon. The BJP has accused the Congress-led state government of orchestrating the bandh. 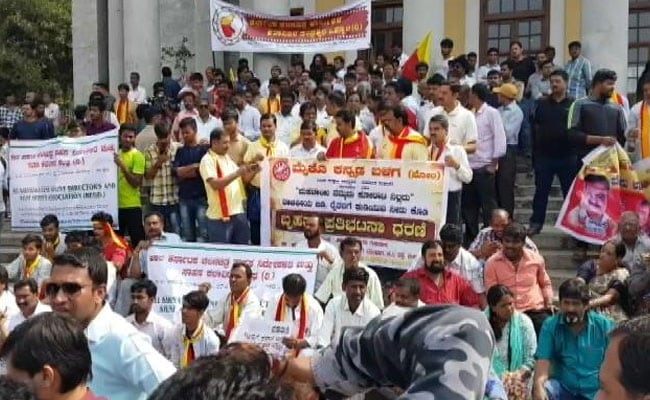 Bengaluru: Schools, colleges in Karnataka are closed and buses have remained off the roads after pro-Kannada groups called for a statewide bandh over the Mahadayi river water sharing dispute on a day when the BJP chief Amit Shah is in Mysuru to address the state BJP's Parivartana rally. Similarly, another bandh on February 4, this time in Bengaluru, will coincide with Prime Minister Narendra Modi's rally in the city. While it has been a peaceful morning, so far, the BJP has accused the Congress-led state government of orchestrating the bandh. The Mahadayi water sharing issue is politically sensitive for both the parties as the state votes for the new government this year.

Here's a 10-point lowdown on this developing story: