Karnataka Assembly Elections 2018: In the last elections in 2013, which went in favour of the Congress, the turnout was 71.4 per cent. In 2008, the election that brought the BJP to power, the turnout was much lower - 65 per cent. 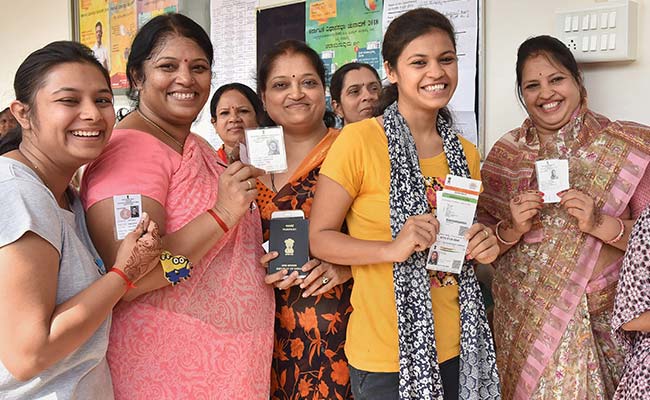 Bengaluru: The turnout in the assembly elections in Karnataka reached 70.9 per cent till 6 pm - the figure tapering away after a brief high. Till 3 pm, the average turnout was 8 per cent per hour, hitting a very respectable 52.4 per cent by just 3 pm. Between 1 pm and 3pm, the turnout had increased to 10 per cent an hour. Polling ended at 6 pm.

The state Election Commission, however, said the current figure of 70 per cent might increase.

A high turnout could have an impact on the final result.

Data shows that HD Deve Gowda's Janata Dal Secular benefits the most from a high turnout, the Congress a distant second and the BJP benefits the least.

But the turnout figure may not be a very correct indicator in this election, where the Rahul Gandhi-led Congress is fighting keep control for one of the four states it rules in face of an aggressive BJP campaign led by Prime Minister Narendra Modi.

Promoted
Listen to the latest songs, only on JioSaavn.com
A victory will be crucial for either party, in view of next year's assembly elections. For the Congress, this will be referendum for the leadership of Rahul Gandhi, who took charge of the party after the Gujarat assembly elections last December.