Congress Retains Karnataka Seat Where It Contested Against Ally JD(S)

Rajarajeshwari Nagar is one of the larger constituencies in Bengaluru. Elections were postponed there are nearly 10,000 voter ID cards were found inside a flat 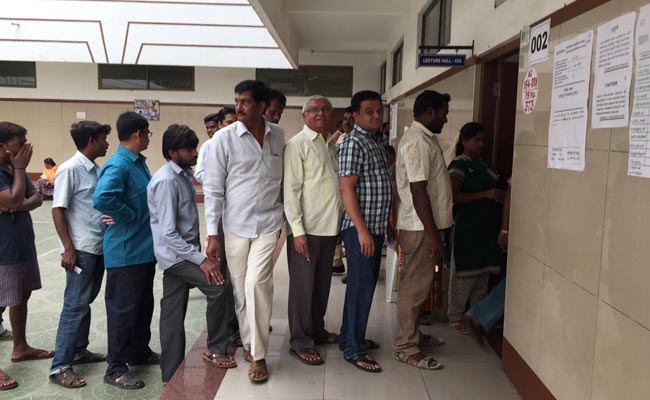 New Delhi: The Congress has retained Karnataka's Rajarajeshwari Nagar assembly seat in face of a challenge by the BJP and ally Janata Dal Secular.  Assembly election in the seat was postponed earlier this year after nearly 10,000 voter identity cards were discovered from a flat in Bengaluru. The startling discovery, made allegedly by the BJP, triggered claims and counterclaims of foul play from both the BJP and the Congress, locked in a tough battle for the state.

The RR Nagar seat, as it is popularly known, was held by the Congress's N Munirathna, and the BJP alleged that he was behind the startling discovery that came days before the election.  The Congress retorted that it was a "drama" staged by the BJP, whose supporters owned the flat.

In response to complaints from both sides, the Election Commission postponed the election. The BJP, which dubbed Mr Munirathna the "money bag" of the Congress, called the commission's order a "victory of democracy".

The subsequent tie-up between the Congress and the Janata Dal Secular pitted the new allies against each other.

Promoted
Listen to the latest songs, only on JioSaavn.com
Mr Munirathna has been named as an accused in the case related to voter ID cards, which involves election-related malpractices and under the Representation of the People Act.

Rajarajeshwari Nagar is one of the larger constituencies in Bengaluru and has about 4.71 lakh voters.