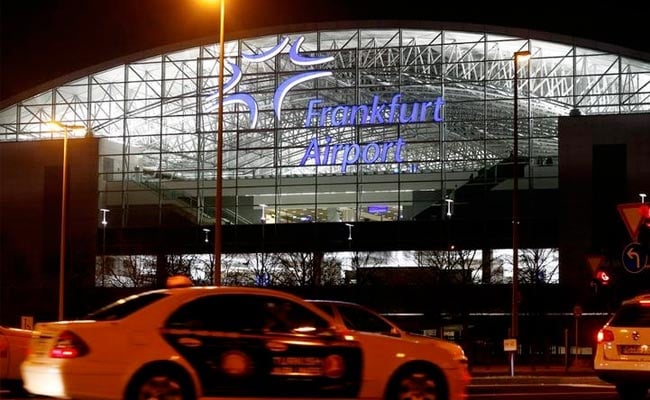 At the airport, the woman refused to pull up her dress and demanded that her husband be called in.

Bengaluru: A 30-year-old Indian woman travelling from Bengaluru to Iceland this week was told to strip by Frankfurt airport security officers this week. They backed out, but only after her husband, an Icelandic, walked into the room at her insistence. "Are brown people not suspicious if we have European partners or co-travellers?" she asked in a Facebook post where she put out an angry note, detailing the incident of March 29.

As details of the incident emerged today, Foreign Minister Sushma Swaraj sought a report from the Consulate General of India in the German city.

Shruthi Basappa said she had cleared the full body scan. But the security officers still had their doubts. She told them that she was willing to go through a pat down search but requested they be gentle about it as she had gone through an abdominal surgery just two weeks back. She had the medical records to back her request but they refused.

For someone who has lived in Europe for about six years, Ms Basappa alleges it was a clear case of racial-profiling, something that she thought she was used to; being singled out for "random" security checks and pat downs. This time, she alleged, it went a step further.

"I was asked to remove the dress I was wearing. Yes. Remove my clothes. Is this the new norm? Isn't it enough to always be the one random person picked out of line that now I need to wrap my head around the fact that I might be asked to strip? Do I need to wax my legs? Do I need to carefully put together a special 'for travel lingerie' set that has nothing to do with seducing my husband but more about hiding the outrage, anger, humiliation and disgust that is an inevitable part of travelling through airports?" the architect said in her angry post on Facebook.

At the airport, Ms Basappa had stood her ground, refusing to pull up her dress and demanded that her husband be called in. She says the tone and tenor of the officers changed after they saw her Icelandic husband. The strip search quickly turned into a pat down, something she was willing to do much before the whole nightmare.

But the change in the security officer's approach makes "this whole thing worse for me".

"How was I not a threat then? I dread to think if I was alone or my husband not European what would have happened" she asked.

The authorities, in-charge of passenger screening at Frankfurt airport, are yet to reply to NDTV's mail seeking clarification.

But reacting to Ms Basappa's Facebook post, a verified Facebook account of Frankfurt airport said such practice want not part of the standard protocol. "I am shocked to hear that. Of course it is not the standard protocol reserved for anyone. We would appreciate your detailed feedback. What happened exactly? When and where was it?" the Frankfurt Airport Team asked.

Promoted
Listen to the latest songs, only on JioSaavn.com
She told NDTV that she had already filed a formal complaint at the airport after her humiliation but hadn't heard from them since. "I have filed a complaint with the authorities in Frankfurt Airport but I am not surprised that it has been over two days and I have no answer from them".

Earlier in January, a 33-year-old Indian-origin Singaporean woman was told to squeeze her breast at Frankfurt airport to prove she was lactating after German police grew suspicious since she was carrying a breast pump but wasn't travelling with the baby.