Karnataka Chief Minister BS Yediyurappa on Thursday said he will hold a review meeting with administrations of districts that have been affected by torrential rain and floods, and that necessary funds were being released for taking up relief work. 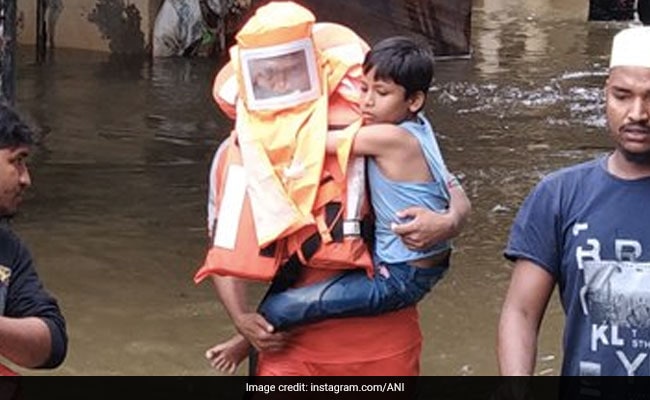 The rainfall is reported to be heaviest since 1992.

The flood situation in Karnataka worsened further on Thursday with several areas in the northern parts of the state inundated due to torrential rains and release of water from major dams.

Karnataka Chief Minister BS Yediyurappa on Thursday said he will hold a review meeting with administrations of districts that have been affected by torrential rain and floods, and that necessary funds were being released for taking up relief work.

"I will be holding a review meeting with Deputy Commissioners of all the districts tomorrow (Friday) via video conferencing and I'm also releasing necessary funds," Mr Yediyurappa told reporters.

The rainfall that is reported to be heaviest since 1992 has hit most parts of north Karnataka, especially Kalyana Karnataka region.

According to the Karnataka State Natural Disaster Management Centre, the floodgates of all the major dams have been opened resulting in water gushing into villages and formation of islands at different places.

An overflowing river Bhima has caused damage in Kalaburagi and Yadgir districts whereas water level in Krishna river at Devasugur in Raichur district is rising at an alarming level.

The Central Water Commission too warned that River Bhima at Deongaon Bridge in Afzalpur Taluk of Kalaburagi was rising and "is expected to cross danger level by this evening".

The river in Yadgir district was expected to go very near high flood level by Thursday afternoon.

The Commission has also stated that though the water level of River Kagna at Malkhed in Kalaburagi District was receding, it continued to flow at an alarming level.

According to preliminary official data a total of 54 relief camps are operational in seven districts where 7,776 people who have been displaced are taking shelter. As many as 43 animals have lost their lives and 800 houses damaged.

While agriculture crops in 1,04,418.82 hectares have been lost, the horticulture crop loss is estimated to be over 3,481.93 hectares, the data showed.

The NDRF team rescued people stranded at Haragadde, Karakalagadde in Raichur in the temporary island due to the sudden release of water from the dam across Krishna river due to the rising level.

This is the third wave of floods in the state in the past three months.

Floods had been reported at various places in the state in August and September and on both the occasions, the Central team had visited to inspect rain-related damage.