Rahul Gandhi's tweet addressed to the "FM" and signed by the "Prime Minister" said that the finance ministry would be "shut" till further notice. 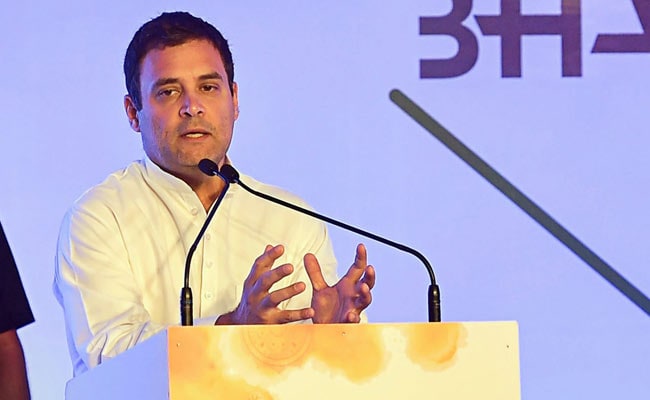 A day after he targeted Prime Minister Narendra Modi over rising fuel prices, Congress president Rahul Gandhi today took a jibe at PM Modi by tweeting a mock letter on his behalf to Finance Minister Arun Jaitley. Mr Gandhi's note that was addressed to the "FM" (Finance Minister) and signed off by the "Prime Minister" said that the finance ministry would be "shut" till further notice.

As you are indisposed and Finance Secretary is on vacation with his Guru on a quest for inner peace, I have decided to shut the Finance Ministry till further notice.

The PMO will take all financial policy decisions as before.

The Congress chief also attached a news report that said Mr Jaitley "had not attended office for a month" due to a kidney ailment. The report claimed Finance Secretary Hansmukh Adhia had "taken leave till May 20 to go for a yoga/meditation holiday with his guru Swami Visharadanand Saraswathy to Mysuru".

The "absence" of the Finance ministry's Top Two will effectively leave it headless, the report said, adding that Expenditure Secretary AN Jha is expected to fill in for Mr Adhia's absence.

Mr Gandhi's tweet also took a dig at PM Modi whom he has repeatedly targeted earlier over demonetisation and the implementation of Goods and Services Tax (GST).

Last month, Mr Jaitley had tweeted saying he was being treated for kidney related problems and certain infections. Sources said the minister has since been clearing files from his residence.

On April 25, Mr Jaitley attended a cabinet meeting and chaired a meeting of the GST council through video conference last week.

Promoted
Listen to the latest songs, only on JioSaavn.com
As the campaign for the Karnataka assembly polls enters the last lap, the Congress has scaled up its attack on the BJP and PM Modi. Yesterday, former Prime Minister Manmohan Singh accused the centre of "systematically dismantling" India's economy.

With his tweet, Mr Gandhi seems to have taken the allegations a step further.