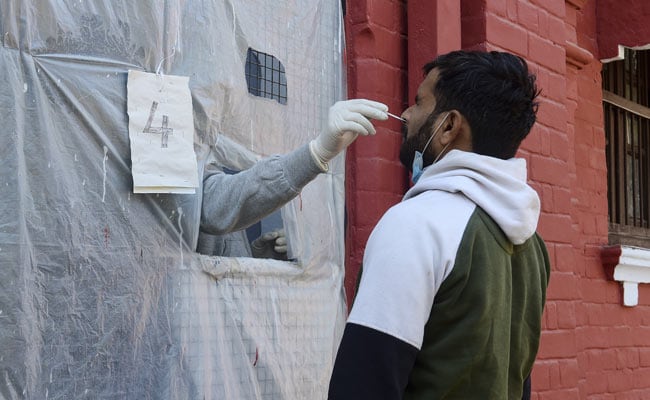 An apartment complex in Bengaluru has been "closed down" after two residents - a mother and her daughter - tested positive for the mutated strain of the coronavirus that was first detected in the United Kingdom three months ago.

Both patients, who are among hundreds to have recently returned from the UK, have been admitted to the state-run Victoria Hospital, and primary and secondary contacts have been tested and shifted to institutional quarantine, Karnataka Health Minister Dr K Sudhakar told NDTV.

Dr Sudhakar also played down concern the apartment complex had been sealed - an unsettling reminder of infection protocols in the early days of the pandemic - pointing out the state was only following previously established SOPs (standard operating protocols).

"There was a mother and child in the same flat. So it is only closed down... can't say it is sealed. We are following SOPs we followed initially. This virus seems very aggressive (and) we would like to take utmost precautions and ensure others in the building are not affected," Dr Sudhakar said.

Seven cases of the UK coronavirus strain have been confirmed in Karnataka so far - three in the Bengaluru metropolitan region and four in Shivamogga district. All seven were detected from genome sequencing tests on samples of 20 people who returned from the UK in the past month.

"We have identified all primary and secondary contacts of these seven people and isolated them in institutional quarantine. We have tested all contacts. The infected people have been admitted to government institutions, where their condition is not severe and they are being treated," he added.

Chief Minister BS Yediyurappa, meanwhile has appealed to all those who have returned from the UK, or any other country, in the past two months to get themselves tested.

"Those who have already arrived, instead of disappearing, should get tested for their own sake. The virus spread very easily... this will help control it. Those who have come from outside in the last two months... I appeal to you to have a medical check-up," Mr Yediyurappa said.

Karnataka's daily Covid numbers have fallen from a high of over 10,000 a day to fewer than 2,000. However, with rapidly-spreading mutant variants of the virus posing a fresh (and far more sinister) challenge, the government wants to play it safe and keep infection rates under control.

Among other measures, the state has issued a notice forbidding New Year's celebrations in public spaces. This comes after last week's flip=flop on a temporary night curfew.

This morning the centre said 20 cases of the UK virus strain had been detected across the country so far - nine from Delhi, seven from Karnataka and the rest from Pune, Kolkata and Hyderabad.

Medical experts say the mutated virus strains do not present a different challenge - apart from being significantly more infectious - and that the existing lot of Covid vaccines should be effective.

India is likely to grant emergency use approval to its first vaccine this week - Covishield. The vaccine will be manufactured by Pune-based Serum Institute, whose CEO, Adar Poonawalla, told NDTV that a majority of the 50 million doses already produced have been reserved for India