The rebel legislatiors were welcomed into the Congress party fold by Rahul Gandhi at a public rally in Mysuru, Karnataka. 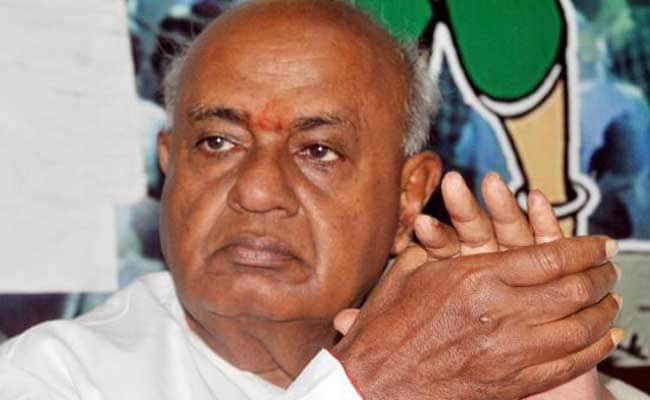 The rebel legislators had resigned from Karnataka legislative assembly on Saturday, a day after they cross-voted in favour of the Congress candidates in the March 23 Rajya Sabha biennial election in the state.

Along with them, former JDS legislators MC Nanaiah, Sarovar Srinivas and B Ramakrishna also joined the Congress.

Promoted
Listen to the latest songs, only on JioSaavn.com
The votes cast by seven JDS rebel legislators in the Rajya Sabha biennial election and also support of independents had helped the Congress win the third seat as a bonus, though it had the strength only to bag two seats for sure.

Despite the shortfall in its strength with 37 members, including seven rebels, as against the required 44 votes, JD(S) had also fielded its candidate, but boycotted the poll midway alleging electoral malpractice by the Congress in "collusion" with the returning officer.
Comments
JDS legislators join CongressKarnataka CongressJDS Legislator Rajya Sabha cross vote